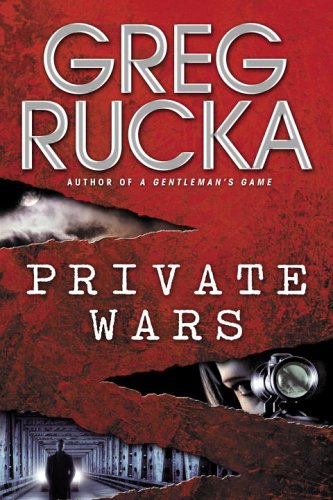 Tara Chace, the heroine of Rucka's Queen & Country comics, stars in her second novel (after ). The special ops officer in Her Majesty's secret service is back in England, recovering from a mission in which her lover, spy Tom Wallace, was killed. When Tara learns she's pregnant, she quits the service and has a baby girl, Tamsin. After a year changing nappies and mourning Tom, she's offered a mission in diplomatically crucial Uzbekistan. President Malikov is ailing, and a succession fight between his son, Ruslam, and evil daughter, Sevara, has begun. Tara is asked to perform a dangerous, solo, unsanctioned lift, spiriting Ruslam and his son out of the country; of course she can't resist. After setting up child care for Tamsin, she flies to Tashkent and the op is under way. Things quickly go to hell—novels like this wouldn't be any fun if they didn't—and Tara finds herself in mortal danger at the hands of Uzbekistan's most loathsome torturer. Tara is often likened to a female James Bond (she can drink, sleep around and kill just like a man), but she's really more interesting than the comparison would suggest. These are well-researched, intriguingly complicated, exciting spy novels in the tradition of Adam Hall and his great series hero, Quiller.