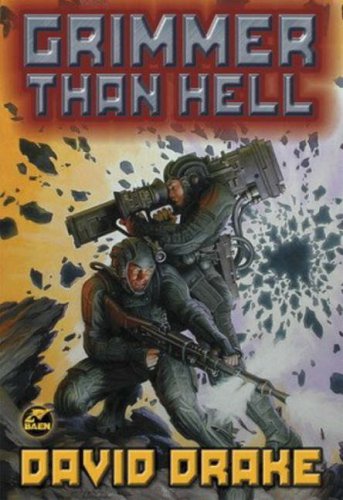 As the title suggests, most of the 14 stories (many of which first appeared in "shared universe" theme anthologies) in this collection from military SF master Drake are unrelenting in their depiction of the brutalities of war and its effect on warriors. Two tales stand out: "With the Sword He Must Be Slain," in which a former CIA paramilitary operative now fights for Hell in the Final War and wonders why the opposing forces are just as messed up as his own troops; and "The Tradesmen" (set in S.M. Stirling's "Draka" universe), in which the very ruthlessness of a Draka partisan-hunter leaves her family vulnerable to a terrible irony. In the three long unavailable Jed Lacey stories, set in a near-future where privacy is a crime, Drake examines the price we'd pay both as a society and as individuals if omnipresent cameras recorded our every moment. These stories serve as cautionary tales to those who would trade freedom for security but forget Benjamin Franklin's appraisal of the bargain (i.e., those who do so "end up with neither").