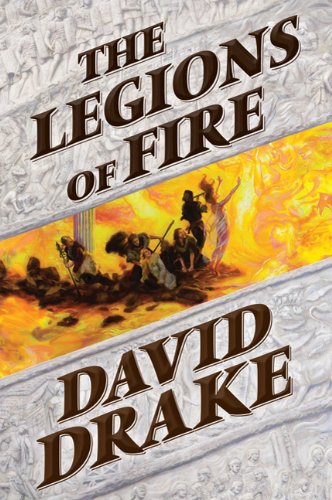 The Legions of Fire

Drake ( ) vividly recreates the attitudes of patrician Romans in this fantasy tale, the first of a projected quartet. When Senator Saxa's bookish teenage son, Varus, suddenly channels a mystical prediction of the end of days while reciting an epic poem, Saxa's young wife, Hedia, blames the wizard Nemastes, who's been scheming after Saxa's money. Varus's best friend, Corylus, and sister, Alphena, also caught up in strange visions during the recitation, suspect there may be more going on than Roman political wrangling. Alphena adds her skill with arms and sense for magic to Hedia's keen intelligence and deadly temper, Varus's mysterious connection to the lands of dreams and death, and Corylus's military instincts and good sense as they tangle with magicians trying to destroy the world. Fans of fantasy and historical fiction will enjoy the decidedly noncontemporary characters and their adventures.