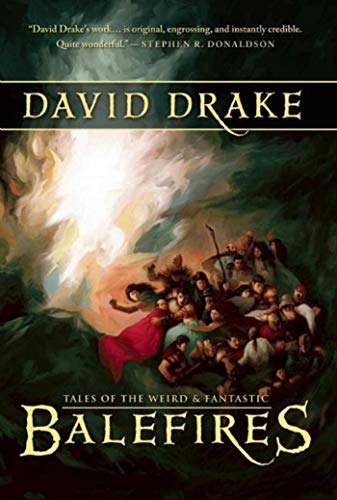 Best known for his hard-hitting military SF, Drake ( ) has also written some impressive fantasy and horror, as shown by this collection of 24 stories from all phases of his career. "Firefight" and "The Hunting Ground" are as gritty as any of the Hammer's Slammers series, while U.S. soldiers in Vietnam battle unexpected enemies in "Arclight," "Something Had to Be Done" and "Best of Luck." Fans of sword and sorcery will find "The False Prophet" as exciting as any adventure of Conan or Elric, but anchored by the realism evoked by the author's extensive classical scholarship. The controversial "Smokie Joe" is genuinely horrifying, while "Than Curse the Darkness" reveals why some humans worship Lovecraft's dark gods. Drake is perhaps at his best in tales like "The Red Leer" and "The Barrow Troll," which deal with the changes that violence brings about in its wielders. Illuminating introductory author notes explore each story's origins.