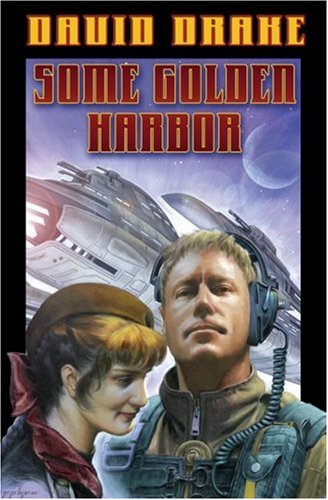 In this rousing old-fashioned space opera, the latest to feature Cdr. Daniel O'Leary, Drake ( ) explores how a charismatic leader can inspire a ship's crew to glorious feats beyond the call of duty. O'Leary, now on the outs with the command of the Royal Cinnabar Navy, finds himself trying to prevent the trading partner of an ally from falling under the influence of a puppet of the opposition Alliance with only a single decommissioned corvette that doesn't even carry missiles. Before he can leave orbit, O'Leary must first rescue his crew members from the bureaucratic limbo into which they have fallen. Drake, a Vietnam veteran with a gift for describing realistic combat and its aftermath, creates vivid characters you can care about. Patrick O'Brian and Bernard Cornwell fans as well as military SF readers will be well rewarded.