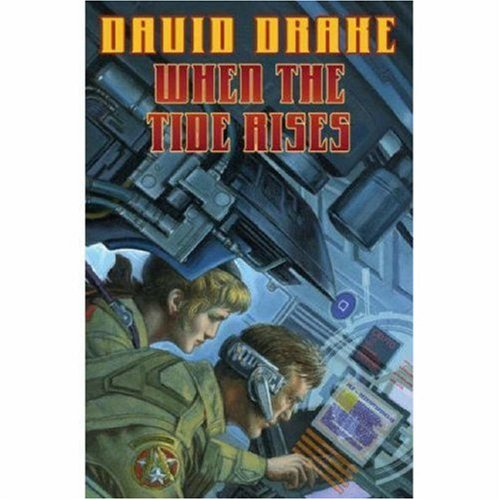 When the Tide Rises

The fast-paced sixth adventure of Republic of Cinnabar Space Navy officers Daniel Leary and Lady Adele Mundy (after 2006's ) finds Leary in a precarious position. When his patron falls ill and is replaced as chief of the Navy Board by a hostile admiral, Leary expects to be placed on the inactive list despite the ongoing war between Cinnabar and the Alliance of Free Stars. Instead he finds himself assigned to shore up the navy of the Independent Republic of Bagaria, a frontier system that broke away from the Alliance and now looks to Cinnabar for aid. With no resources other than his own ship and crew, shackled with allies more dangerous than the enemy, Leary must find a way to relieve besieged Cinnabaran forces. Drake has always been known for his ultrarealistic depiction of combat and its aftermath, and he's at the top of his form.