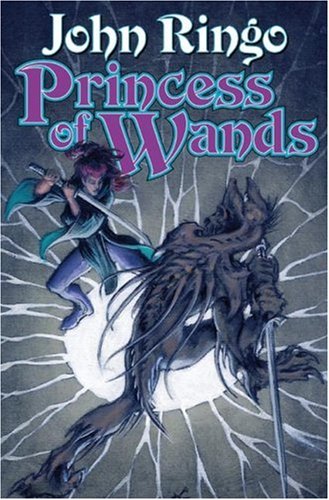 Buffy the Vampire Slayer fans will appreciate Barbara Everett, a Mississippi soccer mom who discovers in Ringo's latest, which is less a novel than three linked episodes, that there are things undreamed of in the PTA handbook. In part one, Barbara's ability to take care of an alien infestation straight out of H.P. Lovecraft's "Shadow over Innsmouth" brings her to the attention of a shadowy group that assists the FBI in supernatural cases. They recruit her for a spiritual SWAT team that deals with what secular authorities cannot. As in (2005), another three-parter, Ringo explores the paradox of using violence against evil: it's necessary, but it can change the fighter into what she fights if she lacks a strong enough moral compass. Ringo portrays his heroine's strong Christian faith sympathetically without being preachy. The second and longest episode, a roman à clef about a necromancer slaying attendees at a science fiction convention, will chiefly delight those in on the joke. In the brief third episode, Barbara confronts an evil that strikes close to home and discovers how puny Darkness's tools really are compared to those of Light.