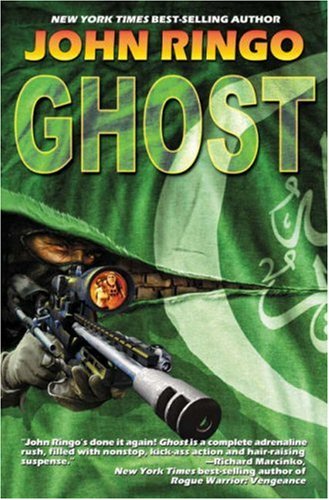 Fans of Ringo's military SF epics ( ) may at first think Mike Harmon, the hero of this unusual novel, is cut from the same cloth as Mike O'Neal from the Posleen War series ( , etc.). Like O'Neal, Harmon is a former Navy SEAL trying to adjust to civilian life who gets sucked back into action by circumstances, in particular by his witnessing the kidnaping of a college coed by jihadists. It becomes clear, though, that Harmon has a darker side, to which, by late in the book, as illustrated by a shocking scene in a Bosnian brothel, Harmon has almost completely surrendered. More techno-thriller than SF, this is a picaresque tale about a modern Barry Lyndon who resists, with equivocal results, baser instincts brought out by extreme stress. It's refreshing to find a successful popular writer who's not afraid to try something different, and the adventurous reader will find Ringo's latest insightful, exciting and outrageously funny.