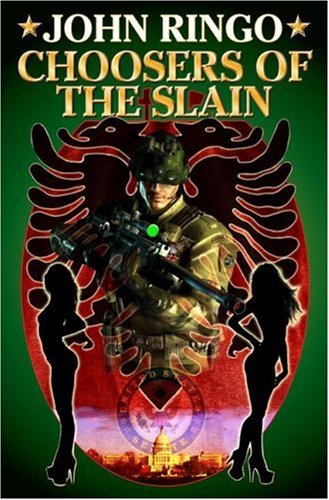 Choosers of the Slain

In Ringo's latest SF-tinged techno-thriller to feature former navy SEAL Mike Harmon, a well-placed Washington, D.C., politician asks the Keldara, the ancient Caucasus mountain tribe Harmon trained to fight Chechen guerrillas in the previous book in the series ( ), to look into the disappearance of a campaign contributor's teenage daughter into the international sex trade. The Keldara plunge into a sewer of corruption leading to the highest Washington power circles. All the while, Harmon struggles against his own darker side. Those who thought too static will find plenty of well-thought-out set pieces sure to satisfy the most demanding action junkie. While Ringo displays his characteristic wry humor and sang froid, keeping track of the many subplots and bits of backstory can be challenging.