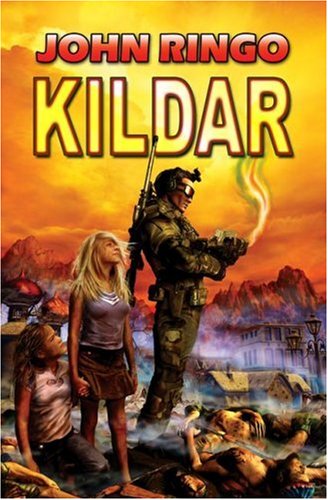 Mike Harmon, the former Navy SEAL who stumbled on a jihadist plot to destroy America's morale in a particularly nasty manner in (2005), makes a welcome return in this entertaining sequel, which again is more techno-thriller than SF. When Harmon gets lost in a blizzard in Georgia (the country, not the state), he's saved by a young girl who takes him to a remote valley, which he purchases. Harmon develops a semifeudal relationship with the local mountain tribe, the Keldara, which he organizes into a militia for defense against Chechen raiders. He comes to learn much of their customs and history, but there are still secrets the Keldara keep even from the kildar, the tribe's ruler. In his role as warlord, Harmon is increasingly tempted to yield to the same dark side that plagued him in . As in his military SF, Ringo explores the moral complexities the warrior faces, giving fair warning that the road to hell is easy.