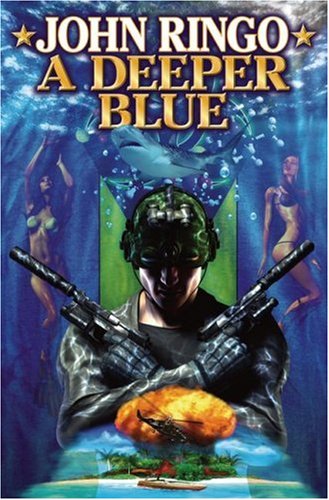 At the start of Ringo's darkly violent fifth Kildar novel (after 2006's ), Mike Jenkins, who's no longer a navy SEAL but still the Kildar, or feudal warlord, of the preternaturally competent Keldara warriors, withdraws into grief after the death of Gretchen Mahona, his lover and fellow soldier. When the U.S. president asks the Kildar to help track down shipments of nerve gas that jihadis are smuggling into Florida, he refuses, but gives permission for his subordinates to accept the mission. After they walk into an ambush, he's spurred to action, returning to center stage as a dangerous man whose humanity is in peril. It's up to the Keldara to guide their leader and friend back into the light and heal the wounds of his soul. Ringo counterbalances the angst with the joyous sangfroid of the pagan Keldara, who have once again become the warriors they were meant to be.