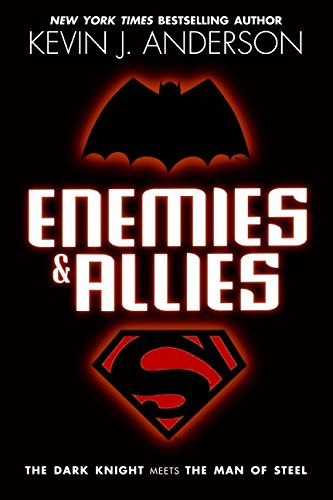 Anderson's latest is a hokey, contrived imagining of the first meeting between Batman and Superman, set during the thick of the cold war and hobbled by flat characters and flatter dialogue (“My source was murdered shortly after she spoke with me. That tells me that Luthor must not have wanted her talking”). The two superheroes are initially introduced when Clark Kent interviews Bruce Wayne for a feature in the , and their alter egos cross paths again as Batman and Superman are drawn into Lex Luthor's dastardly scheme for world domination. (It involves the Soviets and “Death-ray transmitters.”) To stop it, Batman and Superman embark on a ludicrous globe-trotting mission that's equal parts camp and . A schlocky mediocrity for die-hard fans only.