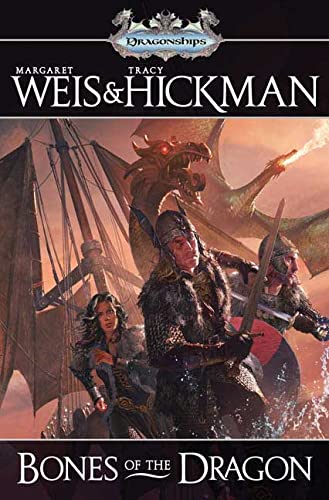 Bones of the Dragon

In this barely disguised Viking pastiche, the dragonships have real dragons and the gods fight side by side with their heroes. Named Chief of Chiefs of the sea-raiding Vindrasi, Skylan Ivorson discovers that his victory over the last chief came through another's treachery, his betrothed is in love with his best friend and his gods may be dead. Impetuously, he plunges ahead on a quest to recover the sacred Vektan Torque, but betrayal leaves the voyagers in chains. Despite some clumsy alterations to Norse myth and history, Weis and Hickman ( ) have created a believably human story out of their mix of saga and sorcery, and the problems of ruling after the glee of seizing the crown make Skylan a more honest and sympathetic hero than the typical, overly successful fantasy protagonist.