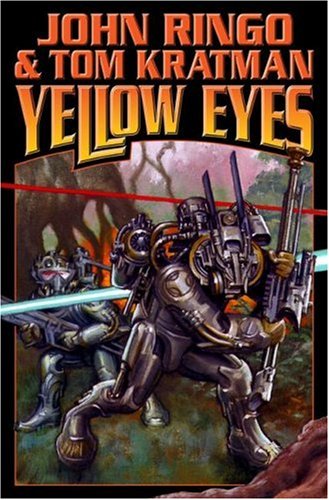 In this breathless page-turner, the latest in the Posleen military SF series from Ringo and Kratman ( ), Latin America falls to the reptilian alien invaders without much struggle, except for Panama. There, members of the U.S. military enlist local forces and desperately resist. The terrain aids the defenders, as do the local flora and fauna, but it's the fighting men and women's brains and guts that make the real difference. Interestingly, the hideous, hungry Posleen, who are helplessly following their racial instincts, come across as more sympathetic than the cowardly traitors—i.e., diplomats and politicians—who obstruct the human warriors; the aliens get to die with more dignity. Characterization generally is exaggerated but vivid, and the battle tactics are worked out in satisfying detail. Readers who can forget the authors' right-wing politics and approach it all like a professional wrestling show will have fun.