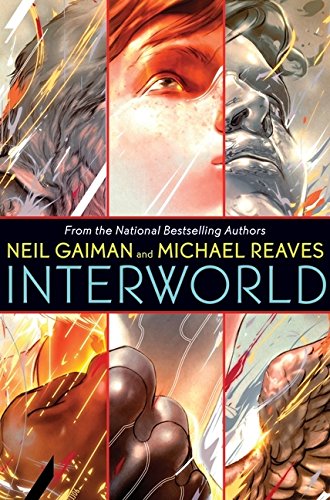 This parallel universe adventure would surely have been more exciting when its authors first conceived it in 1995; today it feels somewhat like a gee-whiz amalgam of , comic book multiverses and . High-schooler Joey Harker has a terrible sense of direction; during a field trip he gets lost and ends up in a world where the McDonald’s arches are green plaid, his mother doesn’t recognize him and everything has been altered to varying degrees. He is rescued by a mysterious man named Jay (who looks like an older version of Joey) and learns that he has “Walked” between two of millions of coexisting worlds, landing in one where he drowned a year earlier. Joey finds himself the target of two warring peoples—one technology-driven, the other possessing mystical abilities—who capture Walkers like himself to harness their power. The action takes Joey to an academy at InterWorld, where hundreds of other kids who resemble him (and who all have the initials J.H.) train to “defend and protect the Altiverse from those who would harm it or bend it to their will.” Gaiman devotees, used to headier stuff, may be disappointed. Ages 10-up.