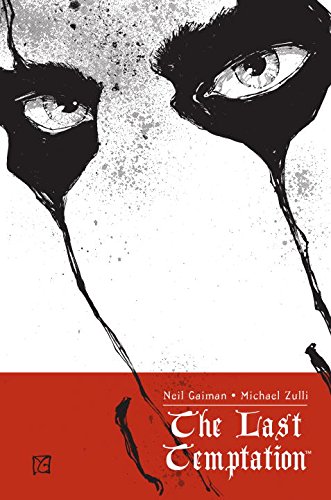 Gaiman meets rock star Alice Cooper in this Halloween tale that originally appeared in the early 1990s. It adapts a story from Cooper's album , to which Gaiman contributed story and lyrics. Halloween is coming, and young teenager Steven is scared—scared of girls, scared of his friends and scared of growing up. When he and his friends stumble onto the back-alley Theatre of the Real ("The Grandest Guignol"), it looks like the Master of Ceremonies (who bears an uncanny resemblance to Cooper) may have a way to save him from those fears—permanently. Soon, he's seeing the creepy master of ceremonies everywhere. This is not Gaiman's most sophisticated work, as he admits in his introduction. But the story borrows some strong horror tropes—mashing together with . Moreover, Gaiman writes Cooper's Master of Ceremonies as a whimsically demented horror show host made of equal parts Torquemada and Willy Wonka. Zulli's black-and-white art uses cross-hatching and shadows to create a suitably creepy atmosphere. His characterizations are also dead-on: Steven is a convincing early teen, and the Master of Ceremonies looks just like Alice Cooper.