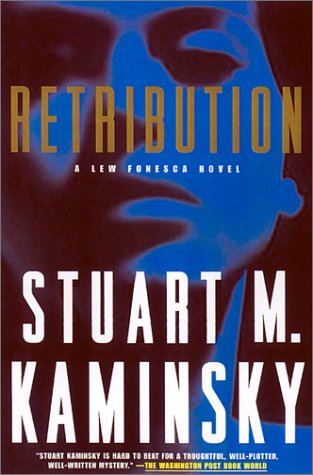 Dysfunction drives the pr0lific Kaminsky's engrossing second Lew Fonesca novel (after 1999's ). Emotionally scarred by the hit-and-run death of his wife a few years earlier in Chicago, Lew lives in a room behind his office, uses the bathroom down the hall, showers at the gym, rides a bike and runs tapes of old movies night and day. He mostly keeps below the radar on the fringes of the lush Gulf Coast in Sarasota, Fla. With the help of his shrink, Ann Horowitz, he tries to come to terms with the tragedy while working as a process server. chronicled Lew's search for and rescue of teenager Adele Hanford, sold by her father to a pimp. Under the foster care of wealthy eccentric Flo Zink, she goes missing again. Lew suspects that reclusive novelist Conrad Lonsberg, a mentor of sorts to Adele, may hold a key to her disappearance. And he thinks Adele's new boyfriend, who flips burgers and fears his abusive father, knows more than he's telling. At the same time, a mentally challenged man who cleans buildings in the neighborhood begs Lew to find his sister, gone for years. Almost immediately unsigned threats begin to appear on Lew's door and someone winds up dead. He appeals to trusted friends—a family therapist and a tall, lean, 75-year-old fellow loner—for help in finding the missing. Payback comes in many forms for Kaminsky's barely coping cast, and Lew still has a long way to go. Readers will be with him every painful step of the way. .

Murder on the Trans-Siberian Express A Few Minutes Past Midnight