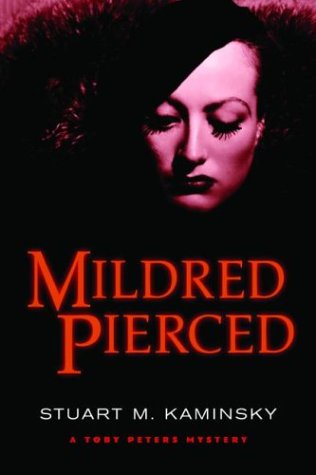 Old pro Kaminsky serves up his usual amiable blend of nostalgia, humor, eccentricity and a mystery built around a celebrity (typically a film star) in his 23rd book to feature PI Toby Peters (after 2002's ). While his long career hasn't been lucrative, it has allowed Toby to assemble a wealth of unusual friends, including dentist Sheldon Minck. Sheldon gets in over his head when he takes up with a strange survivalist group and, apparently, slays his wife with either a well-aimed or an errant crossbow bolt. Sheldon has the weapon and the motive, and the police have Sheldon and a witness who is none other than Joan Crawford. Getting Sheldon out of jail and keeping the actress out of the news become Toby's twin priorities. Toby still lives at Irene Plaut's boarding house and struggles with his relations with his brother, Phil. Kaminsky fashions the character of his guest star from bits and pieces of her public and private personas so that Crawford appears both familiar and new. While the mystery as such may be routine, details of the time (1944), from Toby's car (a Crosley) to the radio shows () to the projected price of a postwar car ($900 for most, as much as $1,400 for a "luxury" model), will bring smiles of recognition to older readers.