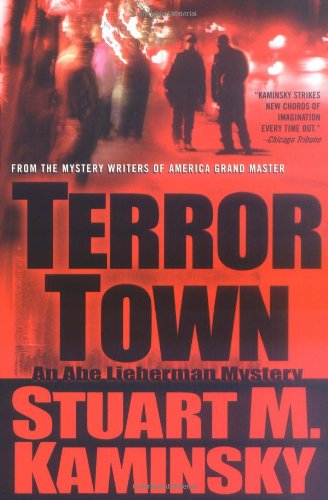 Edgar-winner Kaminsky writes four ongoing mystery series, but his books about close-to-retirement Chicago police detective Abe Lieberman are the ones that get the least attention. With luck, this terrific ninth book (after 2004's ) will change all that. Managing to be genuinely scary when he describes urban crime, Kaminsky is also blessed with a subtle irony about his hero: "His wife, Bess, thought he looked like Harry James. His grandchildren thought he looked like the dog in some cartoon they watched. Abe had watched the cartoon with them once and admitted the resemblance." The particular crimes that occupy the working hours of Lieberman and his partner, Bill Hanrahan, this time out include the savage murder of a young mother in a gangster-ridden South Side Chicago neighborhood; the sudden, unmotivated smack on the head with a Coke bottle suffered by a former Chicago Cubs player in his favorite hot dog establishment; and the truly frightening antics of a religious maniac who dabbles in extortion. In between, Abe finds time to eat everything in sight and to try very hard to be a devout Jew. The MWA recently named Kaminsky a Grand Master.