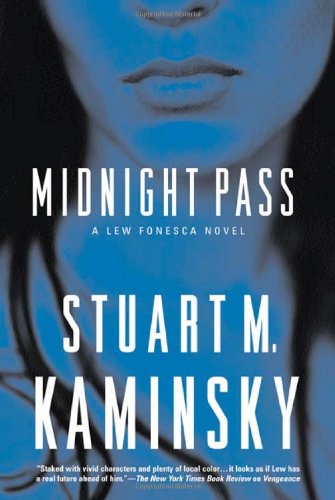 The prolific Kaminsky cleverly uses Lew Fonesca's struggle to reclaim his own life as a counterpoint to his clients' problems in the third novel (after 2001's ) to star the emotionally wounded sleuth, who's retreated to Sarasota, Fla., in the wake of his wife's death in a hit-and-run car accident in Chicago. Fonesca's therapist, Ann Horowitz, encourages him to face the deep, nearly crippling depression that keeps him in limbo. Sporadic work as a process server helps to pay the rent. The trouble starts with an upcoming proposal in the Sarasota City Council to reopen Midnight Pass between two small islands. Councilman Rev. Fernando Wilkens persuades Fonesca to locate a missing colleague for the decisive vote, a mission that turns fatal. Meanwhile, a frantic man begs him to find his missing wife and children. For a man studiously avoiding social contact, Fonesca's almost hit overload, but a strong sense of fairness keeps him from hiding out and watching old movies. Friends Flo Zink, a big-hearted recovering alcoholic; social worker Sally Porovsky, who wants to be more than just a friend; and Ames McKinney, the older gentleman riding backup, draw him out, inch by inch. Kaminsky's decent, damaged man brings closure for his clients and perhaps solace for himself. He's got a long way to go, which is great news for eager readers.