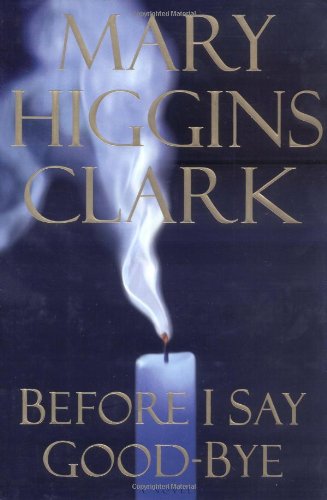 Before I Say Good-Bye

Romantic suspense has no more reliable champion than Clark, despite the relative weakness of her writing. For 25 years, through 22 novels (counting this one), she has delivered respectable entertainment to her legions of fans, who haven't dwindled in number. This novel, too, gives them what they want--a damsel in distress aided by a dashing knight; and Clark adds a little zest to the formula by weaving psychic phenomena, including messages from the dead, throughout. The damsel is columnist Nell McDermot, granddaughter of legendary Manhattan congressman Cornelius McDermott and about to run for office herself. Nell's plans are put on hold when the ship on which her husband, Adam, an architect, is attending a business meeting is blown to pieces. Evidence surfaces that Adam may have been involved in shady deals; meanwhile, the cops investigate the explosion, with suspicion falling on a petty hood looking for vengeance for one of those deals; a new man--stalwart physician Dan Minor--enters Nell's life, as does a psychic who claims to be channeling Nell's dead husband; and a predatory real-estate developer circles Nell and property she's inherited from Adam. For much of the novel, the danger is more implied than actual, like dark clouds amassing in the sky, and often manifests itself psychically as Nell sees black auras envelop people or feels terribly afraid. The novel's finale, however, which unmasks some unexpected villains, pulls out the stops in melodramatic fashion. Clark's characters aren't deep--after donating old clothes to charity, two of them, ""feeling virtuous for having done a good deed had lunch at a new Thai restaurant on Second and Eighty-first""--but they're breezy fun, and so is this confection of a book. 1.1 million first printing; Literary Guild and Doubleday Book Club Main Selection; simultaneous S&S Audio; 7-city author tour. (Apr.)
close
Details