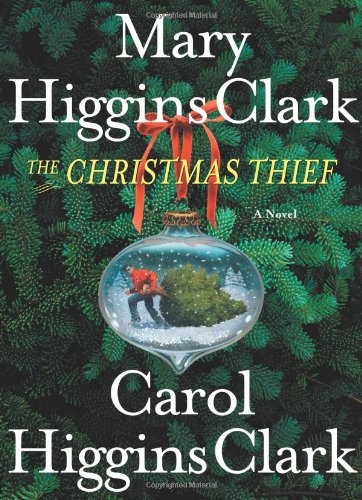 THE CHRISTMAS THIEF: An Alvirah and Willy Christmas Mystery

Mother and daughter Clark, each a bestseller in her own right, have produced a singularly slight and unmemorable tale with their third holiday suspense novel (after 2001's ). This time the villainy centers on an 80-foot Vermont spruce earmarked for the traditional Christmas tree lighting at Rockefeller Center. Unbeknownst to the tree's owners, its branches contain millions of dollars' worth of diamonds, secreted there more than a decade earlier by con man Packy Noonan to conceal the proceeds of an investment scam. One of the scam's victims happens to be vacationing near the site of the planned tree-cutting, along with Alvirah and Willy Meehan, who successfully resolved a kidnapping in their previous caper. When Packy is finally paroled, he heads straight for the treasure, enmeshing him, his confederates, the Meehans and a bevy of other characters in vandalism, abduction and other crimes. Unfortunately, there's no mystery concerning who's doing what or why and little sense of menace or suspense. Classic mystery fans may be amused by the contemporary take on Conan Doyle's Sherlock Holmes story "The Adventure of the Six Napoleons," but many readers, including those devoted to the Clarks' solo efforts, will be disappointed.