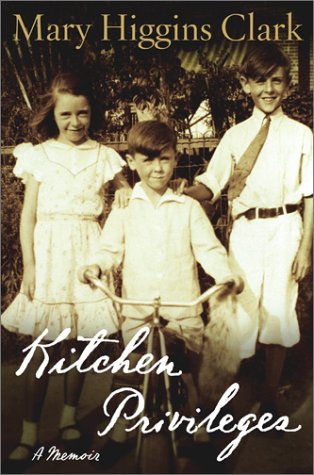 Clark, author of 27 bestselling novels, has shifted gears and written a memoir that speaks directly to readers. The touching collection of anecdotes begins with a Depression-era childhood in the Bronx lacking in money but rich with love. The author's mother, who told everyone, "Mary is very gifted... [she's] going to be a successful writer," supplemented her income by renting out rooms with "kitchen privileges," and raised her children with selfless heroism, proving a shining example when Clark became a young widow, left to bring up five children on her own. The book proves particularly engaging when Clark tells of her writing group and the professor, William Byron Mowery, who taught her to think "what if" and "suppose" as a way of devising interesting plots. She conveys her courtship with her first husband sensitively and humorously, and writes of his death in honest, understated prose. Clark charts her literary road frankly, pointing out the numerous rejection slips and the failure of her first book, —the love story of George and Martha Washington—due to a misleading, uncommercial title. It's typical of her optimism that she considered it a triumph ("I knew... I had what it took to actually write a book"). Ranging from stories of illness and struggle to her happy 1996 marriage to Merrill Lynch CEO John Conheeney, this memoir shows what can be done when someone pursues her dreams, remains action-oriented and fights to overcome enormous obstacles. Photos.