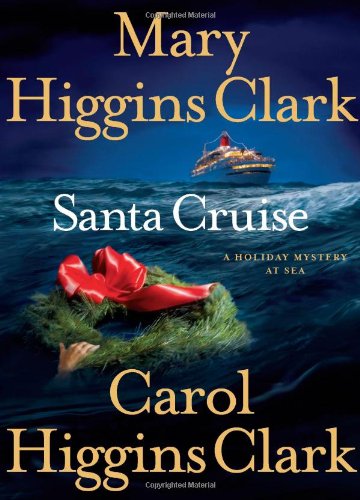 At the start of the lighthearted fourth yuletide mystery from the bestselling mother-daughter Clarks (after 2004's ), Randolph Weed, "self-styled commodore," launches his newly refurbished boat, the , from Miami with a "Santa Cruise" to raise money for charity and reward 400 "Do-Gooders of the Year." Meanwhile, Weed's greedy nephew, Eric Manchester, has made a secret $2 million deal with escaped felons Bull's-Eye Tony Pinto and Barron Highbridge to keep them hidden aboard the until it reaches Fishbowl Island, where they can make trouble out of federal jurisdiction. Fortunately, there are plenty of Do-Gooders to foil the bad guys, notably the mystery mavens of the Oklahoma Readers and Writers group and sleuthing philanthropist Alvirah Meehan. Full of mystery-lite cheer but lacking in style and substance, this collaboration is never quite buoyant enough to really deck the halls for fans of the Clarks' superior solo efforts.