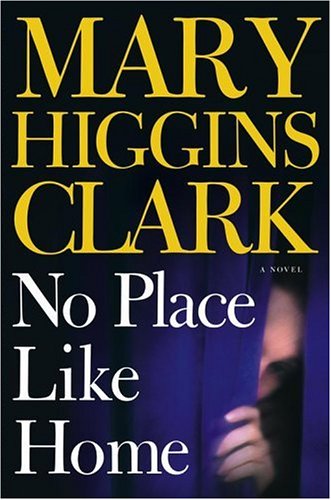 Clark's clever use of a bit of New Jersey real estate code fits perfectly into her usual formula for minting bestsellers in a novel about past deadly secrets coming to haunt the present. At One Old Mill Lane, in Mendham, N.J., 10-year-old Liza Barton wakes to find her stepfather, Ted Cartwright, attacking her mother, Audrey. Liza grabs a gun in defense, but in the ensuing melee Audrey is killed and Ted is wounded. Dubbed "Little Lizzie Borden," Liza is taken away and almost convicted of murdering her mother and attempting to kill the lying, scheming Ted. Twenty-four years later, Liza, now known as Celia Foster Nolan, has just been presented with a surprise birthday present from her new husband, Alex: the house at One Old Mill Lane. Alex doesn't know Celia is really Liza, and he doesn't know the house's grim past—but thanks to a real estate code obligating agents to notify prospective buyers if a house could be considered "stigmatized property," he's about to find out about the latter at least. As Celia fights to keep her dark secret hidden, their real estate agent turns up dead. More folks are killed and Celia comes under suspicion. But in typical Clark style, most of the characters look a little guilty. Some readers will get annoyed by Celia's tendency to do things that reinforce the cops' suspicions, but Clark's steadfast fans will suspend all necessary disbelief and play along.