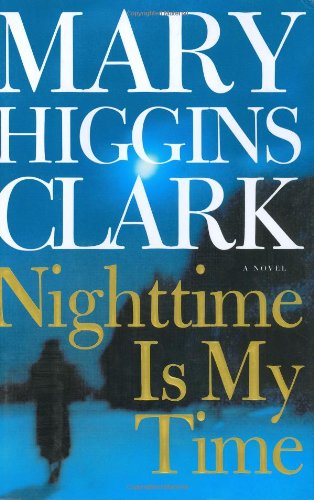 NIGHTTIME IS MY TIME

This time out, Clark ups the ante from her standard female-in-peril plot to three females in peril, all targets of a serial killer who fancies himself a night-hunting predator: "I am the Owl," he whispers to himself after he has selected his prey, "and nighttime is my time." The Owl kills his first victim, then it's off to attend his 20th high school reunion at Stonecroft Academy in Cornwall-on-Hudson, where he intends to do in the last several women who humiliated him when he was a geeky high school student. Jean Sheridan, one of the intended victims, was actually nice to the Owl, but he decides she has to die anyway because someone told him she once made fun of him. Jean's daughter, Lily, whom Jean gave away at birth, must also die, for obscure reasons, as must Laura, the class beauty. In the course of stalking and capturing these three, the Owl kills several innocent bystanders just to vent his anger and alludes to dozens more he has slaughtered over the years. The game here is figuring out which of the men who come to the reunion, all former nerds, is the Owl: Carter Stewart, now a genius playwright; Mark Fleischman, a psychiatrist with a syndicated television program; Gordon Amory, television magnate; Robby Brent, famous comedian; or Jack Emerson, local real estate tycoon. If the killer's animal fetish is the Owl, then Clark's is surely the red herring as she cleverly throws them in by the dozen, providing irrefutable proof that first one man, then another, must be guilty. Since any of the men might be the killer, the final revelation is anticlimactic, but Clark's multitude of fans will be happy enough to spend time with the innocent and imperiled Jean and to participate in the guessing game.