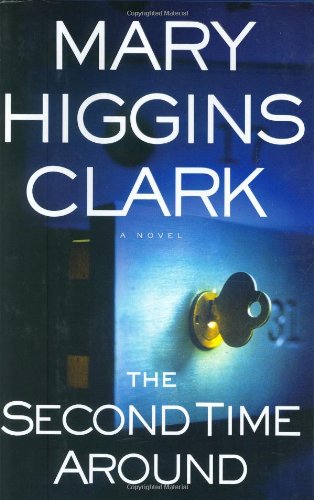 THE SECOND TIME AROUND

There's something special about Clark's thrillers, and it's not just the gentleness with which the bestselling writer approaches her often lurid subject matter (in this one, for instance, there are numerous killings, but all occur off-page). Special above all is the compassion she extends to her characters—heroines, villains and supporting cast alike. In this latest effort, she conjures empathy even toward a mass killer, whose murderous spree has been sparked by a corporate crime. The smoothly told tale is narrated partly from the third-person perspective of the killer, and partly from the first-person point of view of correspondent Carley De Carlo. Carley is the stepsister of Lynn Spencer, whose charismatic husband, Nicholas, dies in the crash of his small plane as he is fleeing arrest for looting the medical company he founded, which had made claims of a cancer cure, now proved false. Myriad investors have lost much, sometimes everything; one is Ned Cooper, whose beloved wife died as a consequence of Nicholas Spencer's thievery, and who determines to take revenge, setting off on a killing spree. Assigned to do a feature about the Spencer case, Carley digs deep, uncovering clues to a conspiracy within Spencer's medical company, as well as to the possibility that the cancer cure worked after all. Can she get to the bottom of the mess before Ned Cooper, or the possible conspirators, take her out? Clark's fans know the answer to that question, but what the novel lacks in suspense it makes up for in grace, charm and solid storytelling.