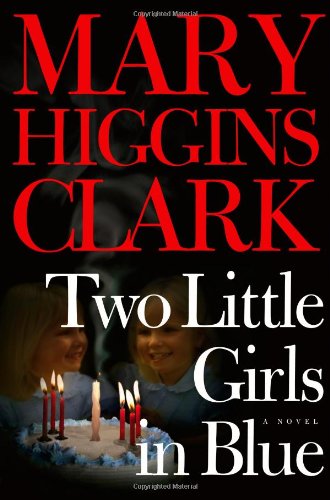 Bestseller Clark is at her best when writing of crime against children, as shown in this chilling tale of kidnapping, murder and telepathy. Before leaving for a black-tie affair in New York City, Margaret and Steve Frawley celebrate the third birthday of their twin girls, Kathy and Kelly, with a party at their new home in Ridgefield, Conn. Later that night, when Margaret can't reach the babysitter, she contacts the Ridgefield police. The frantic couple return home to find the children missing and a ransom note demanding $8 million. Though the Frawleys meet all the conditions, only Kelly turns up in a car along with a dead driver and a suicide note saying that Kathy has died. But Kelly's telepathic messages from her sister keep telling her differently, and Margaret won't give up hope. Even the most skeptical law enforcement officers and the FBI, who pursue suspects from New York to Cape Cod, begin to believe Kelly is on to something. Clues from ordinary people lead to a riveting conclusion. Rivaling Clark's debut— —this suspense thriller is certain to send terror into the heart of any parent.