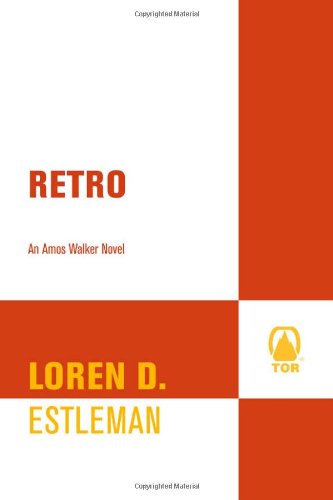 Reading a new Amos Walker adventure is like settling down and listening to an old, reliably entertaining friend. In this 17th book in the series (after 2003's ), Beryl Garnet, a dying madam, summons the Detroit detective to find her long-missing son, Delwayne, to whom she wishes to leave her ashes. Since Delwayne fled to Canada during the Vietnam War in the 1960s, Amos gets a Canadian counterpart to trace him. Soon after Amos meets the son, he winds up dead, and Amos becomes the main suspect in his shooting death. Amos later discovers that Delwayne's dad, a talented black boxer, was murdered in the 1940s—and a single gun killed both father and son. A sucker for damsels in distress, Amos encounters more than one as he digs down into the muck for the real murderer. Estleman keeps Walker determinedly low-tech: he goes to the library, pores over records and does his own legwork. He riffs on the city and gently ribs Canadian culture across the river. Why does Amos drive to Toronto? It's a chance for him to smuggle back a box of alleged Cuban cigars, a longstanding Motor City tradition. In the process of setting things right, Amos has to let go of some old and new attachments, leaving the reader eager for more.