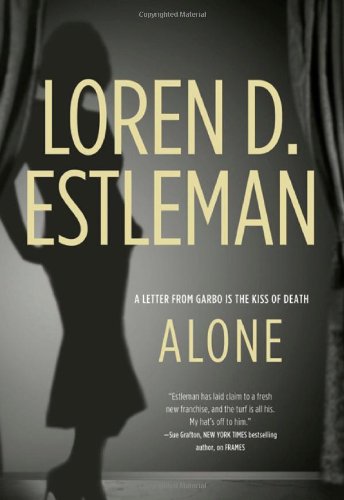 Shamus-winner Estleman's captivating second mystery to feature L.A. film detective Valentino (after 2008's ) focuses on legendary screen actress Greta Garbo. In 2005, Matthew Rankin, an elderly department store mogul whose late wife was a close friend of Garbo's, hosts a party honoring the 100th anniversary of Garbo's birth at his Beverly Hills mansion. During the party, Rankin offers to donate a copy of a rare promotional film that Garbo made when she was a salesgirl in Sweden, , to the UCLA Film Preservation Department if Valentino will dig up dirt on Roger Akers, the tycoon's assistant, who's been blackmailing him. A few days later, Valentino walks into Rankin's study to find the mogul holding a smoking gun and Akers lying dead in front of his desk. Rankin claims he shot Akers in self-defense. Is Rankin telling the truth? Readers will eagerly turn the pages to learn the answer.