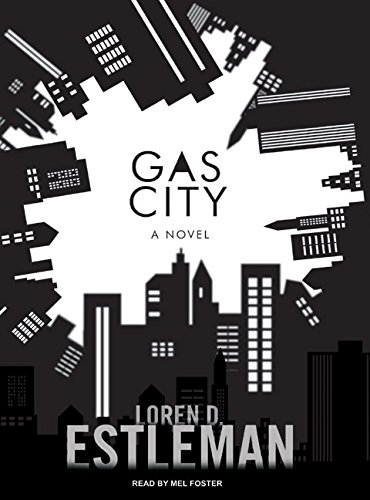 Shamus-winner Estleman momentarily sidetracks his long-running Amos Walker series in favor of a rich, smartly detailed study of a Midwestern city that is serene and law-abiding on the surface but corrupt at its core. Its population includes depressed and bent police chief Francis X. Russell; cynical, alcoholic Catholic bishop Hugh Dungannon; Tony Z, the mob chief who controls Gas City's 10-square-block sin pit, the Circle; and Palmer, a hard-luck hotel dick and pimp who may be the novel's sole honorable man. Russell attempts to clean up the Circle after the natural death of his beloved wife and a slew of hatchet murders by a serial killer nicknamed Beaver Cleaver. The author's vivid and dynamic prose is given a surprisingly bland reading by Mel Foster, whose slow, singsong delivery undercuts the book's tension. On the plus side, his voice is resonant, his dialects good; the bishop and other Irish-Americans have a nicely underdone brogue, the mobsters are properly gruff and tough. But the novel, arguably one of the best of the year, deserves a much better interpretation.