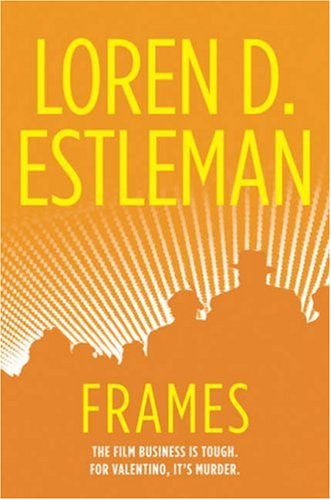 Having appeared in 10 short stories in , self-described “film detective” Valentino, who works as a film archivist at U.C.L.A., makes his novel-length debut in the engaging first of a new series from Shamus-winner Estleman. Valentino stumbles on the find of a lifetime when he inspects the Oracle, a decaying 1920s movie theater he’s considering purchasing. An abandoned storage room contains reels of film that may be the only surviving prints of Erich von Stroheim’s legendary epic, . The further discovery of a skeleton of unknown vintage in the old building complicates matters. Aided by academic colleagues, Valentino tries to eat his cake and have it, too, by cooperating with the police inquiry into what might be a case of foul play without revealing the existence of the film reels, which he fears might be damaged if seized as evidence. While the lighthearted tone is far removed from the gritty realism of the author’s Amos Walker series ( , etc.), the versatile Estleman has crafted yet another intelligent page-turner.