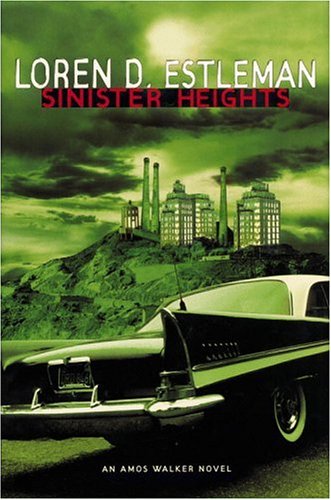 In Estleman's 15th lively novel to feature Detroit PI Amos Walker (after 2000's ), Walker is hired by the young widow of a recently deceased multi-millionaire centenarian who wishes to mitigate the sexist offenses of her former love-'em-and-leave-'em spouse by sharing some of her millions with his victims. Even some of Estleman's own characters find this hard to believe. Not impossible, mind you. Just hard to believe. For the first third of the novel, veteran noir fans will understand that Amos is being set up for a double-cross, which comes in the form of a lethally souped-up pickup truck barreling down on him on the highway. One of the women he was asked to find is killed, another hospitalized and her child abducted. What's going on? And who's behind it? Unfortunately, the answers to these questions and the means by which Amos discovers them are as implausible as the rest of the story, and the violence involved in bringing the guilty to justice is ludicrous. On the positive side, when he isn't beating somebody up or being beaten, Amos is a most congenial host, given to witty banter with the rest of the cast; and there's Estleman's dazzling Detroit, its past, present and future. Estleman has written a lot of books, and Amos is sure to have a lot of fans who'll find his Rambo-like antics perfectly plausible. Whether they'll like this as well as the previous books in the series, they'll find it neither humorless nor dull.