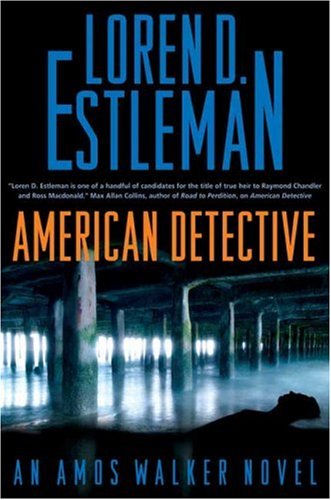 The 19th Amos Walker mystery (after 2006's ) confirms that Estleman's long-running contemporary hard-boiled hero deserves a place in the genre pantheon with such better-known figures as Raymond Chandler's classic gumshoe, Philip Marlowe, and Robert Parker's Boston PI, Spenser. Walker is hired by Darius Fuller, a legendary retired Detroit Tigers pitcher facing substantial financial pressure from the IRS. Fuller's daughter Deirdre is several weeks away from gaining access to her $2 million trust fund, and her father fears that her sleazy boyfriend, Hilary Bairn, is wooing her just to get her money. Before Walker can fulfill his assignment to attempt to bribe Bairn to back off, Deirdre is found dead in Bairn's apartment, a death that may be connected to a smuggling ring and a local gangster. Estleman's prose is as gritty and compelling as ever as he lets fly razor-sharp dialogue, brings the Motor City to life and combines a whodunit plot with traditional noir action.