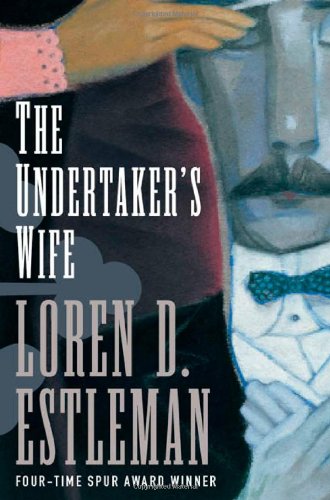 As in , his 2001 tour de force, Estleman picks an unpopular profession and draws from it two compelling characters, and a memorable love story as well. Circa 1900, retired undertaker Richard Connable is pressed back into service by a cabal of powerful men who want him to work his "invisible art" on the corpse of a major financier who has committed suicide (the men want to disguise the cause of death and thereby avert economic panic). In his absence, Richard's estimable wife, Lucy, sensing the approach of her own death, recalls their story: the adventures that took them toMichigan, San Francisco, Kansas, Montana and elsewhere; Richard's professional development and friendship with Wild Bill Hickock; and the death of Richard and Lucy's only child. Well researched and meticulously detailed, offering a vivid picture of Victorian America, the novel is also marked by moments of grace and wit. The last third of this bittersweet love story, though, is a truncated summary of the rest of the Connables' lives, and the last 30 pages are rushed, losing depth and quality. Even so, the novel offers a superlative love story and a fascinating look at a misunderstood vocation.