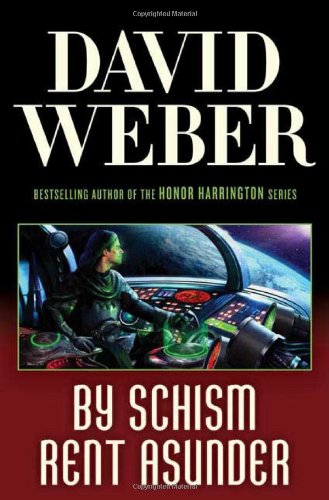 In this eagerly anticipated sequel to 2007’s , the sheer scale of the Kingdom of Charis’s naval victory against corrupt forces of the Church of God Awaiting has the Church newly wary of Charis’s technological innovations. These were introduced by Merlin Athrawes, bodyguard to King Cayleb II and actually an android imprinted with a human’s memories and personality who seeks to throw off the false religion that bars mankind from the stars. As Charis’s neighbors scramble to rebuild their shattered fleets and prepare for the inevitable reprisals, the Church lurches toward placing the entire nation under proscription and declaring holy war. The numerous characters are never reduced to stereotypes, and Weber’s portrayal of the social changes brought about by Charis’s bootstrap industrial and military revolutions ring true. If not as action oriented as the first volume, the descriptions of the rebirth of knowledge and the human spirit are at least as enthralling.