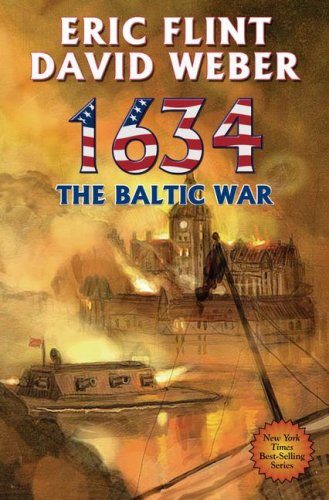 The exciting eighth entry in the Ring of Fire saga, about a temporally displaced West Virginia mining town and its impact upon 17th-century Europe, neatly wraps up two plot threads left unresolved by Flint and Weber's (2002). A mission is mounted to rescue the Grantville diplomatic mission that Charles I is holding captive in the Tower of London (along with an obscure politician named Oliver Cromwell), while Admiral Simpson's fleet of ironclad warships sets off to break the siege of Luebeck in a spectacular display of "shock and awe." While the technology that the modern Americans employ is decidedly useful, Flint and Weber emphasize the effect that the ideas of liberty, equality and the rule of law have, and not just on the peasantry and middle classes. The authors contrast those princes who try to forestall the judgment of history with those striving to achieve a transition from absolutism to democracy without bloodshed. Readers will eagerly look forward to further installments in this richly imagined alternate history series.