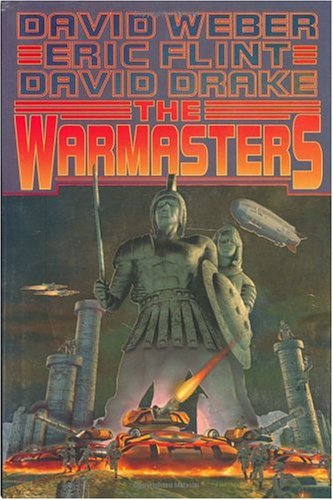 This anthology contains three novellas of future or alternate war by three of the acknowledged experts in the field, so the title satisfies any reasonable truth-in-packaging requirements. The book should also satisfy most fans of the authors. David Weber's "Ms. Midshipwoman Harrington" confronts his best-known creation with the perils and opportunities of her "middy" cruise, which she survives with—ah, honor—and even distinction, in spite of the best efforts of enemies both foreign and domestic. Eric Flint's "Islands" reintroduces Calopodius, a Byzantine soldier blinded at 18 while commanding a desperate holding action in the Drake/Flint Belisarius alternate-history series. It also introduces his aristocratic wife, Anna, and by the time the two meet again, she's not the woman he married but a much improved and strengthened version. Finally, David Drake offers another story of the mercenary tankers, Hammer's Slammers, "Choosing Sides." Lt. Arne Huber has to choose whether he will work with the Slammers' chief executioner, Maj. Joachim Steuben, to avenge treachery and murder against his men and friends. Except Flint on occasion, none of the writers is doing anything that's not by now standard for good military SF. Nor are any of them really going to surprise any readers who might, for example, want to see Hammer's Slammers being stabbed in the back by their civilian employers.