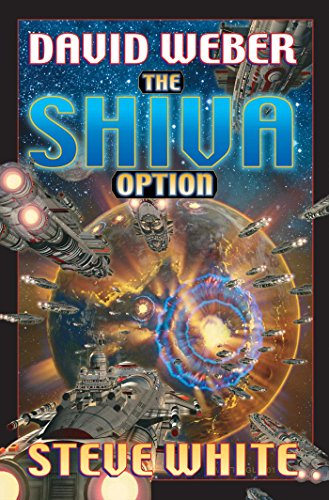 Fans of space opera who have been eagerly awaiting this sequel to Weber and White's (1997) won't be disappointed, to put it mildly. Humanity and its various allies find themselves under attack by an enemy with whom no communication, let alone coexistence, is possible, since their foes lack individual sentience and are driven by a Darwinian imperative to regard all other life forms as food sources. Countered against this nightmare are an assortment of diverse species, some unknown to one another, who share the ability to make moral choices, "including the ultimate choice of sacrificing that very individual consciousness in the name of what all of us recognize, in one form or another, for what it is: honor." This capacity is stretched when it is discovered that, in this war, genocide is a tactical weapon. The authors have created a fictional reality with all of the verisimilitude of a technothriller, but this doesn't credit them enough, since unlike, say, Tom Clancy, they have had to create their own weapons, tactics and even societies. Characterizations are strong and vivid, particularly the Human and Orion command team that spearheads the fight and a fighter pilot who's haunted by the ghosts of her dead. Ultimately, Weber and White have written an exposition, in the form of a novel, of Heinlein's axiom that "ethics are a survival mechanism," leaving the reader both exhilarated and enriched.