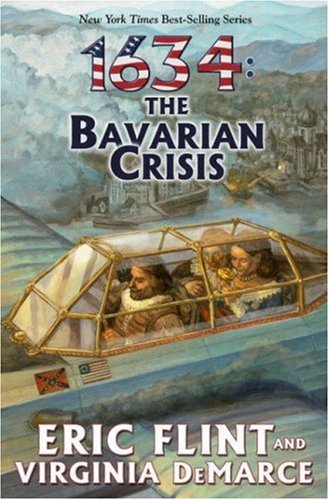 The intricacies of Habsburg family relations make surprisingly fascinating reading in the latest episode in Flint's saga of a 20th-century West Virginia town transported mysteriously to 17th-century Europe. The recently widowed Duke Maximilian of Bavaria reluctantly assents to a dynastic marriage with his niece, Archduchess Maria Anna of Austria, but her recent reading of an uptime encyclopedia and the American Constitution leads her to consider other, previously unimaginable options. Meanwhile, Don Fernando, the Spanish Cardinal-Infante, moves toward peace with the fledgling United States of Europe while laying siege to Amsterdam and searching for a suitable bride. Flint teams up once again with historian DeMarce ( ) to tell a complicated but coherent story. It is especially refreshing to read an alternate history that doesn't depend upon the clash of anachronistic arms, but rather on how modern ideas of human rights, education, sanitation and law might have affected the Europe of the 30 Years War.