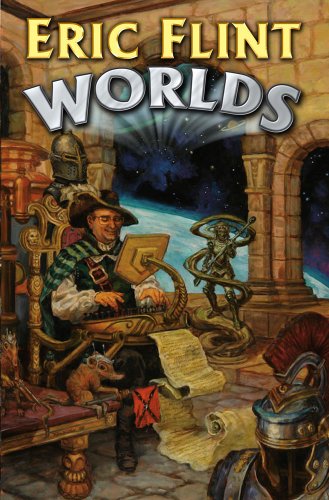 Bestseller Flint ( ), best known for his alternate history novels, assembles a highly enjoyable collection of tales based on his longer-form work and that of his fellow writers and collaborators. Fans of Flint's 1632 series will enjoy a connected series of tales describing a nurse, her portraits by various masters and a most peculiar siege. “Carthago Delenda Est” recapitulates unionizing as a legion of Roman soldiers, forced into slavery on low-tech planets, use their discipline and guile to organize, agitate and overcome their alien abductors. Particularly powerful and moving are “Islands,” in which a Roman patrician blinded in battle earns himself a place in history and transforms his marriage, and “From the Highlands,” set in the world of David Weber's Honor Harrington stories, which neatly inverts preconceptions about heroes and villains.