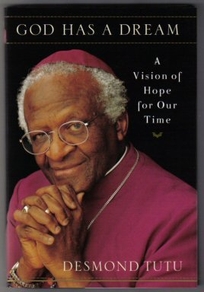 GOD HAS A DREAM: A Vision of Hope for Our Times
Desmond Tutu, Author with Douglas Abrams. Doubleday $16.95 (144p) ISBN 978-0-385-47784-0
Reading this book is like having a long, and somewhat homiletical, afternoon tea with former Archbishop of Cape Town and Nobel Peace Prize recipient Tutu. Four years after No Future Without Forgiveness , Tutu's reflection on his role as Chairman
READ FULL REVIEW 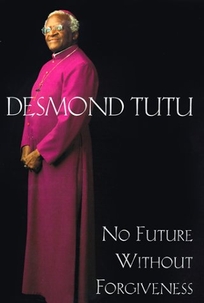 No Future Without Forgiveness
Desmond Tutu, Author Doubleday Books $23.95 (304p) ISBN 978-0-385-49689-6
This insightful book about South Africa's healing process is no simple feel-good tale. In 1995, Tutu was looking forward to a well-earned retirement from his role as Anglican Archbishop of Cape Town. He had given his life to the antiapartheid...
READ FULL REVIEW 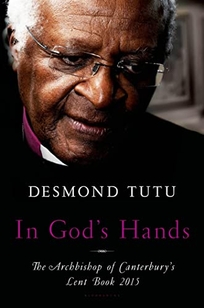 In God's Hands: The Archbishop of Canterbury's Lent Book, 2015
Desmond Tutu. Bloomsbury, $23 (160p) ISBN 978-1-62040-976-3
The book is small, the print large, and the white space plentiful, but the message is not negligible. The alternately gritty and soothing content nourishes the reader. Tutu (Made for Goodness) weaves the vicious years of South Africa's apartheid...
READ FULL REVIEW 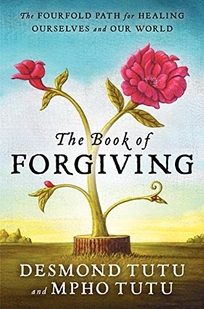 The Book of Forgiving: The Fourfold Path for Healing Ourselves and Our World
Desmond Tutu and Mpho Tutu. HarperOne, $25.99 (240p) ISBN 978-0-06-220356-4
Though ostensibly retired from public life, Nobel Peace Prize–winner and emeritus archbishop Desmond Tutu still has much to say. His newest book on forgiveness in some ways extends and applies the lessons of his pathbreaking No Future Without...
READ FULL REVIEW 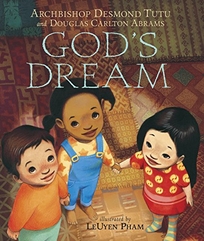 God's Dream
Desmond Tutu, Author, Douglas Carlton Abrams, Author, LeUyen Pham, Illustrator , illus. by LeUyen Pham. Candlewick $16.99 (40p) ISBN 978-0-7636-3388-2
Just as children have dreams, say Archbishop Tutu and Abrams (previously paired with Tutu for God Has a Dream: A Vision of Hope for Our Time ), so does God: “God dreams that every one of us will see that we are all brothers and sisters—ye
READ FULL REVIEW 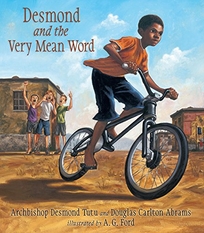 Desmond and the Very Mean Word
Desmond Tutu and Douglas Carlton Abrams, illus. by A.G. Ford. Candlewick, $15.99 (32p) ISBN 978-0-7636-5229-6
When a group of white boys hurl racial epithets at young Desmond, he turns to his mentor, Father Trevor. But the priest’s advice—forgiveness instead of retribution—isn’t what Desmond wants to hear. “Let me tell you a secret, Desmond,” Father Trevor
READ FULL REVIEW 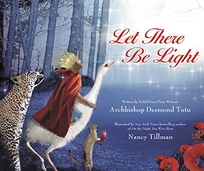 Let There Be Light
Archbishop Desmond Tutu, illus. by Nancy Tillman. Zonderkidz, $16.99 (32p) ISBN 978-0-310-72785-9
Drawing text from Tutu's 2010 Children of God Storybook Bible, Tillman (On the Night You Were Born) imagines a cosmos called into being by a humanlike entity suffused with lights and clouds. The illustrator's luminous, photorealistic style adds an...
READ FULL REVIEW 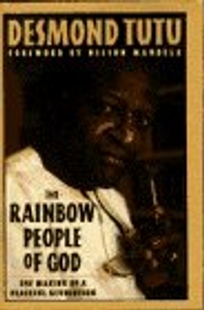 The Rainbow People of God
Desmond Tutu, Author, John Allen, Editor Doubleday Books $22.95 (281p) ISBN 978-0-385-47546-4
This is a collection of miscellany-speeches, letters, sermons, interview extracts-by Nobel Peace Prize winner and Anglican Archbishop Desmond Tuto, who since 1976 has spoken out against apartheid and for human rights. ``The Bible and the church...
READ FULL REVIEW 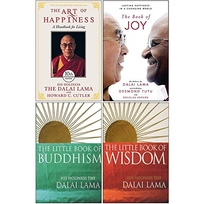 The Book of Joy: Lasting Happiness in a Changing World
Dalai Lama and Desmond Tutu, with Douglas Abrams. Avery, $26 (368p) ISBN 978-0-399-18504-5
Cultivating joy was the subject of a five-day conversation between the Dalai Lama and Tutu, Archbishop Emeritus of South Africa, held in 2015 at the former's residence in exile in Dharamsala, India. The two Nobel Peace Prize recipients argued for a "
READ FULL REVIEW 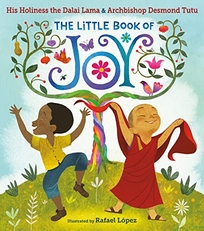 The Little Book of Joy
Dalai Lama and Desmond Tutu, with Douglas Abrams and Rachel Neumann, illus. by Rafael López. Crown, $18.99 (40p) ISBN 978-0-593-48423-4
In this picture book adaptation of 2016’s The Book of Joy, the Nobel Peace Prize winners recall childhoods growing up “on opposite sides of the world.” Mixed-media art by López (The Year We Learned to Fly) initially evokes the specificity of the...
READ FULL REVIEW
ARTICLES
ADVERTISEMENT
More from pw