How Comics Got to Now

A combination of factors helped comics establish a strong foothold in the book trade. more...

Notable moments in the evolution of comics and graphic novels. more... 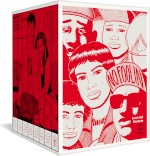 40 Years of Love and Rockets: PW Talks with Gilbert and Jaime 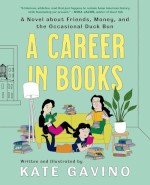 PW's comics editors pick the best graphic works of the year, including Kate Gavino's 'A Career in Books'; and Kate Beaton's graphic memoir 'Ducks: Two Years in the Oil Sands,' chosen as one of the Top Ten books of the year; plus five children's and YA graphic novels were chosen by our children's/YA editors.
Free newsletters on business news, kids' books,
and more.
Recently Posted: