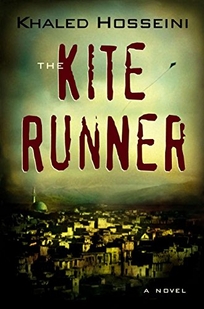 THE KITE RUNNER
Khaled Hosseini, Author . Riverhead $24.95 (336p) ISBN 978-1-57322-245-7
Hosseini's stunning debut novel starts as an eloquent Afghan version of the American immigrant experience in the late 20th century, but betrayal and redemption come to the forefront when the narrator, a writer, returns to his ravaged homeland to
READ FULL REVIEW 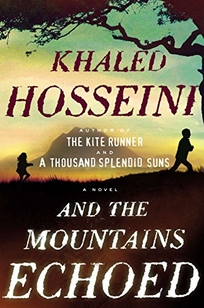 And the Mountains Echoed
Khaled Hosseini. Riverhead, $28.95 (416p) ISBN 978-1-59463-176-4
Hosseini’s third novel (after A Thousand Splendid Suns) follows a close-knit but oft-separated Afghan family through love, wars, and losses more painful than death. The story opens in 1952 in the village of Shadbagh, outside of Kabul, as a laborer,...
READ FULL REVIEW 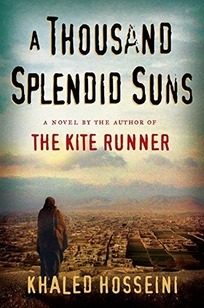 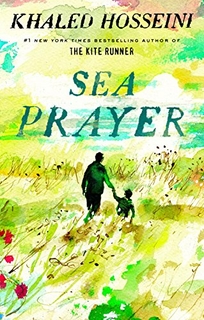 Sea Prayer
Khaled Hosseini, illus. by Dan Williams. Riverhead, $15 (48p) ISBN 978-0-525-53909-4
Hosseini (The Kite Runner) says he was compelled to write about the refugee crisis after seeing the photograph of Alan Kurdi, the three-year-old Syrian who drowned off the coast of Turkey in 2015. Yet Hosseini’s story, aimed at readers of all ages,...
READ FULL REVIEW 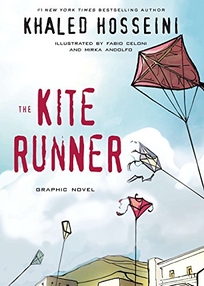 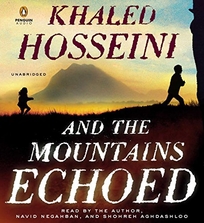 And the Mountains Echoed
Khaled Hosseini, read by the author, Navid Negahban, and Shohreh Aghdashloo. Penguin Audio, unabridged, 12 CDs, 14 hrs., $39.95 ISBN 978-1-61176-180-1
Khaled Hosseini’s third novel is told via a series of interlinking stories—beginning in an Afghanistan village in 1952 when an impoverished man named Saboor is faced with the prospect of giving up one of his children in order to survive. From this...
READ FULL REVIEW 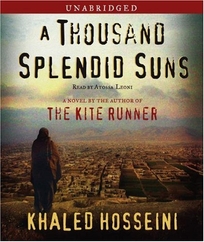 A Thousand Splendid Suns
Khaled Hosseini, Author, Atossa Leoni, Read by , read by Atossa Leoni. Simon & Schuster Audio $39.95 (0p) ISBN 978-0-7435-5445-9
Atossa Leoni, who is German-born of Afghan ancestry, was clearly chosen because she can pronounce all the Afghan words—a big plus, but it’s the only plus in this bad reading. Dropping her voice on the last word of every sentence, her...
READ FULL REVIEW
ARTICLES
ADVERTISEMENT
More from pw