A number of publishers are responding to a growing movement among Christians known as deconstruction—a process by which believers revisit the faith they grew up with and form new ideas about what they believe. Katelyn Beaty, editorial director of Brazos Press, calls deconstruction a “re-examination” of faith, while publisher David Morris of Lake Drive Books describes it as “the idea that you are looking closely at the hypocrisy of your religious community, analyzing it, and refusing to participate in it.” Based in Grand Rapids, Mich, Lake Drive Books is focused on religion books related to justice, personal growth, and critical analysis.

The concept of deconstruction isn’t new. Religion News Service recently traced the movement back to Martin Luther, and called it “a healthy expression of Christian faithfulness.” However, current events such as political division and ongoing conversations about racial equality are contributing to a greater interest in deconstructing one’s faith, publishers say.

“The current iteration was at least accelerated by the election of Donald Trump in 2016, and what the broad evangelical support of him exposed about the American church’s dormant racism, sexism, and lack of moral integrity,” says Beaty. “Many people started to ask whether the Christian communities that had raised and formed them were being led by people they could trust.”

Morris agrees, noting, “The biggest inciting event was the realization that the large majority of evangelicals voted for a president who embodies so little of the values they teach their kids, who are now leaving.”

He adds that people in marginalized communities, including LGBTQ and BIPOC individuals, are among today’s leaders in the deconstruction movement. These writers are “among the first to challenge the selective and literalist misuse of the Bible to justify social convention,” Morris says, and their deconstruction stories help push for full inclusion in faith communities.

Several books being published between now and next year explain how to deconstruct previously held beliefs and rebuild a spiritual connection to God and gain a stronger sense of faith. 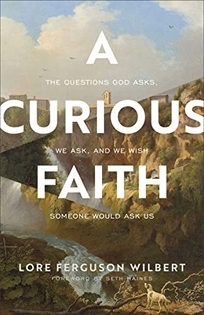 A Curious Faith: The Questions God Asks, We Ask, and We Wish Someone Would Ask Us

Wilbert, founder of the website Sayable.net, which explores topics of faith and doubt, urges readers to question their beliefs and embrace curiosity as a spiritual habit. “Who told you the gospel wasn’t big enough to draw you in with your sin and suffering and brokenness and pain and fear,” she writes in the book. “Who told you God’s love for you wasn’t enough?” Bring It Home: The Adventure of Finding Yourself After Being Lost in Religion

Chasing Goodness podcaster Kendziera shares personal stories about his childhood faith as well as experiences as a high school teacher and prison chaplain that helped him discover a more authentic connection to the divine. 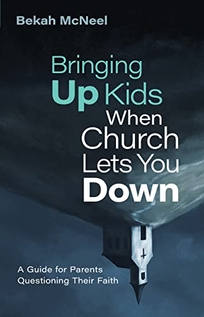 Bringing Up Kids When Church Lets You Down: A Guide for Parents Questioning Their Faith

McNeel, a journalist who writes for Texas Monthly and several other outlets, draws on her conservative Christian upbringing to explore what she calls false certainties and toxic ideas perfectionism in the church. The book is aimed at parents at a spiritual crossroads and includes tips for teaching children “to live with both the security of faith and the freedom of open-mindedness,” according to the publisher. Death to Deconstruction: Reclaiming Faithfulness as an Act of Rebellion

Porter, a former musician and a pastor at Van City Church in Vancouver, Wash., shares his story of faith and how he “moved from deconstruction, through disenchantment, back to following Jesus.” The book weighs the pros and cons of deconstruction and encourages readers toward fully transforming their faith. “If you are not willing to be provoked, to have your most cherished ideological infrastructure called into question, whether it is Christian or post-Christian, then abandon all hope ye who enter here.” Deconstruct Your Faith Without Losing Yourself

Herrington, a faith deconstruction and life coach, aims to help readers “untangle from toxic religion and trust yourself,” in her debut book, she writes on her website. Out of the Embers: Faith After the Great Deconstruction

In an effort to “double down and deconstruct deconstruction itself,” the dean of theology and culture at St. Stephen’s University in New Brunswick, Canada blends personal stories with philosophy to explore changes to the Western church and society and “how it has the potential to either sabotage our communion with God or infuse it with the breath of life, the light and life of Christ himself,” according to the publisher.

Surprised by Doubt: How Disillusionment Can Invite Us into a Deeper Faith

Using a house as a metaphor for Christianity, two apologetics scholars invite doubters to leave what they call the confines of late-modern evangelicalism for a deeper, more orthodox faith.