10 Books That Will Keep You Up Past Your Bedtime

In Kathleen Barber's inventive debut novel, Are You Sleeping, a true-crime podcast provides the catalyst for the reexamination of a murder. The riveting plot will have readers staying up late into the night to reach the ending. Barber picks 10 pulse-pounding books you won't want to put down.

Is there any indulgence more satisfying than staying up all night with a good book, particularly a book that makes your spine tingle? You pick it up, intending to read a chapter or two before bed, but soon find yourself powerless to put the book down. You keep promising yourself “just one more chapter, and then I’ll go to bed” ... but before you know it, you’re finishing the book and the sun is coming up. Your day may be wrecked, but you know it was worth it. Suspense novels, thrillers, and other creepy books are my vice of choice when it comes to all-night reading binges, so I’ve rounded up ten of my favorites for your consideration. Just don’t blame me if you lose several nights’ worth of sleep! 1. We Have Always Lived in the Castle by Shirley Jackson

For me, this creepy classic is the ultimate stay-up-all-night book. Eighteen-year-old narrator Merricat Blackwood lives with her sister Constance and their uncle in a crumbling home on a large estate outside of town. The rest of the family is dead—poisoned during a family dinner—and the remaining Blackwoods have been ostracized by the townspeople. The arrival of an opportunistic cousin upsets the delicate balance of the home, and things begin to unravel. It’s a dark, disturbing story, and one that has stayed with me for decades. 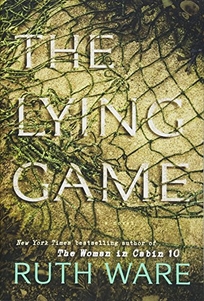 2. The Lying Game by Ruth Ware

I am a huge Ruth Ware fangirl—I loved In a Dark, Dark Wood and The Woman in Cabin 10—and so I was excited to get my hands on her latest. The book follows a group of former boarding school classmates who, summoned by an ominous text message sent by one of their own, gather to address a terrible incident from their shared past. It’s an intense page-turner that hit all the right notes for me with its rendition of an intense, exclusive teenage friendship, its spooky setting of a decaying mill surrounded by water, and plenty of secrets and lies. This book didn’t keep me up all night ... but only because I started it in the afternoon and couldn’t bear to put it down until I had finished. I read it while sitting in a sunny park one summer afternoon, and I was completely covered in goosebumps by the time I reached the last page. The story begins innocently enough, with a man taking his girlfriend home to meet his family. The visit is slightly off, leaving the girlfriend unnerved, but things really take a left turn when the pair makes a stop on the drive home. I compulsively turned the pages of this book, even though I wasn’t so sure I wanted to find out what dark thing awaited me. 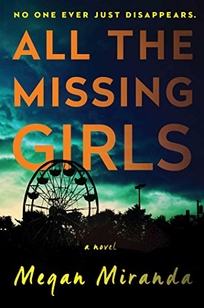 4. All the Missing Girls by Megan Miranda

Shortly after narrator Nicolette Farrell returns to her childhood home, her neighbor vanishes. The disappearance brings to mind Nic’s best friend, who went missing from their hometown more than 10 years ago. The twisty plot is amplified by the fact that the story is told mostly in reverse, keeping the reader fantastically off-kilter. As the past unwinds and secrets surface, the story becomes more and more addictive. 5. You by Caroline Kepnes

Decidedly one of the most unsettling books I’ve ever read, You makes you root for the bad guy. Narrator Joe Goldberg is almost certainly a cold-blood sociopath, but he sees himself as the story’s hero and romantic lead. As he stalks and seduces the object of his affection, he simultaneously seduces the reader. This one will leave you feeling disturbed and more than a little dirty for days. 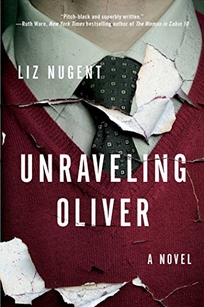 I thought Joe Goldberg from Caroline Kepnes’s You was my favorite literary sociopath, and then I met Oliver Ryan. Unraveling Oliver opens with him beating his wife into a coma, his dispassion evident from the book’s first sentence: “I expected more of a reaction the first time I hit her.” The reader immediately knows that Oliver, while charming, is something of a monster, and it’s thrilling to read chapters told by Oliver’s friends, neighbors, and acquaintances as they recount his past and slowly come to that realization themselves. 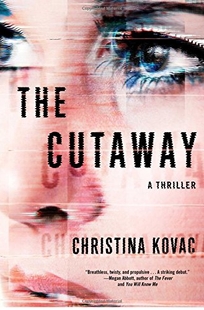 7. The Cutaway by Christina Kovac

When television news producer Virginia Knightly sees a young woman’s face on a “MISSING” poster, she’s certain that she’s seen her before. What follows is an engrossing story of Virginia’s attempts to discover what became of the woman, and whether her disappearance is tied to something larger. Every single time I thought I had it figured out, a new piece of evidence would surface that would throw everything into doubt again, and I couldn’t flip the pages fast enough as I raced to uncover the truth alongside Virginia. 8. The River at Night by Erica Ferencik

Four friends embark on a camping and rafting trip in the Maine wilderness, and the plot quickly descends into something resembling my own personal hell. After an accident on the titular river, the group encounters some not-so-friendly locals and spend the rest of the book simply trying to stay alive. Pulse-pounding and fast-paced, this will definitely keep you up all night ... and possibly scare you off rivers for a good long while. 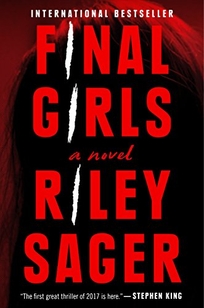 For those not familiar with horror movie terminology, a “final girl” is the last woman left standing after a bloodbath. Protagonist Quincy Carpenter is one such final girl, having survived a massacre that killed her friends 10years ago. She thinks she’s moved past it ... until another final girl unexpectedly kills herself, and a second final girl shows up on her doorstep. Interspersed with chilling flashbacks to the worst night of Quincy’s life, this one will keep you turning pages, unsure whom to trust. 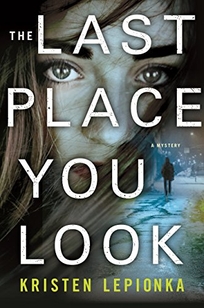 10. The Last Place You Look by Kristen Lepionka

Struggling with grief over her father’s death and some other personal problems, private investigator Roxane Weary has certainly seen better days—but that doesn’t stop her from throwing herself into investigating the disappearance (and possible reappearance) of a long-missing woman. But that mystery leads to another and then another … The entire book is sharp and well-plotted, keeping you guessing the whole way through.