Hanif Abdurraqib’s They Can’t Kill Us Until They Kill Us is a mesmerizing and deeply perceptive essay collection. Most of the essays are about music--covering Johnny Cash, Migos, Carly Rae Jepsen, Chance the Rapper, and many more--particularly live music, touching on how it acts as a balm in a time of fear and pain. Abdurraqib picks 10 essential music books.

The music book can take many forms: biography, collection of musings, oral history, or even the often ill-fated autobiography, where a musician attempts to set ego aside and tell the facts as they were. What I find myself most looking for in a music book is not that which I wish I could have written, but that which makes me wish I was alive at the heart of the moment being archived. When I was younger, I got most of my in-depth music knowledge from books. Biographies, mostly, but also essays. I would scour the internet for old articles about bands that I couldn’t find anywhere else. It was the way I found out secrets, facts, and histories of bands I loved, but didn’t know the real stories of. Here are ten music books that shaped my knowledge of the songs I love, and I hope you enjoy them. 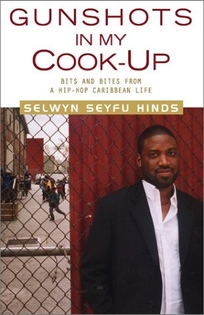 10. Gunshots in My Cook-Up: Bits and Bites from a Hip-Hop Caribbean Life by Selwyn Seyfu Hinds

Growing up, the Source magazine was pretty much the only magazine that came to my home, courtesy of my older brother’s subscription. The Source was an effective way for me to keep up on hip-hop’s ever-changing world from the comfort of the Midwest, where I lived. In this book, Hinds–who served as editor-in-chief of the magazine during its '90s heyday–writes about how he fell in love with hip-hop and the places it took him. It is deeply candid and sometimes sharp and bitter in its honesty, not sparing the magazine or the genre itself. But underneath its thorough critical lens is a simple love story: a person falling in love with music over a lifetime, and learning to not let it go. 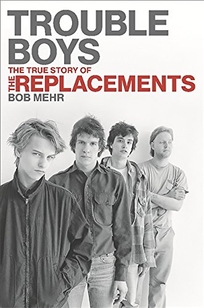 9. Trouble Boys: The True Story of the Replacements by Bob Mehr

There is a lot to get wrong when tackling the massiveness of a large biographical project. Though I’m not opposed to it, the writer who allows themselves to be the center of the biography has to do it with a smart touch, and that sometimes goes awry. Here, Mehr lets the massive amount of research and all-new interviews (and brilliant new photos) do the work. The Replacements were an enigma, and this book doesn’t crack their code. But it isn’t meant to. If anything, Mehr does the work of making them both more puzzling and more enticing. 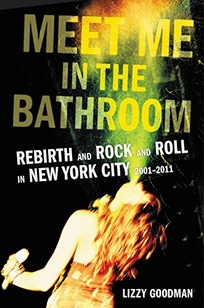 I’m partial to this book, not only because Goodman charts a brilliant map through indie rock in New York City after the post-9/11 music scene shifted, but also because of the recent timing of it. A book that I can remember living through, and don’t feel like I’m reaching back towards. I lived this era from afar, and through her outstanding crafting of this book, Goodman makes me feel like I was there the whole time. This portrait of early-era hip-hop does well to consider all angles. Beyond the musicians, the book is populated with graffiti artists, and dancers, and activists, and even gang members. Chang not only deeply researched this project but was unafraid to task hip-hop with what it is: a political force–an object in the musical universe wielding a lot of power. It’s a thorough book and a long read, but one that is worthwhile as both an entry point to the genre and also a constant refresher. I found this book in a bargain bin at a bookstore in maybe 2002, and I needed it then, when rock in my particular corner of the world felt like something that was only a boys' club. The book is a series of interviews and oral histories that read more as monologues with '90s icons like Courtney Love, Kim Gordon, Liz Phair, and The Raincoats. Because Raphael is so scarcely present in the interviews, the book reads as if all of the brilliance is in the room together at once, having some kind of rock and roll reunion. 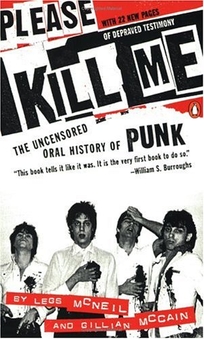 4. Please Kill Me: The Uncensored Oral History of Punk by Legs McNeil and Gillian McCain

This is here largely for the ride it takes you on. The great thing about Oral Histories is that you only have the words of the players, and nothing else. No author coloring the narrative. Please Kill Me is kind of a whirlwind of stories from Punk’s history from about 1975 until the early '90s, charting a path from London to the New York scene. It is at times comical, but largely heartbreaking–particularly in the moments (and there are a few) when it details the mourning of someone like Johnny Thunders, a brilliant light put out too soon. I think any book by Greil Marcus could have been here, but I like Mystery Train for how wide it stretches, and how easy Marcus makes his connections between music and culture look. There are songs, and then there’s Greil Marcus’s America, and he never fails to pull the two together with his bare hands. 3. The First Collection of Criticism by a Living Female Rock Critic by Jessica Hopper

These are essays, interviews, and reviews–criticism spanning nearly 20 years of Hopper’s brilliant career as a critic. But there’s also prose and edges of poetry here, like in an open letter to Sufjan Stevens, which has my favorite opening of all time: 2. Rip It Up: The Black Experience in Rock ‘N’ Roll by Kandia Crazy Horse

I admired this book for years when looking for a language with which to explain the roots of black music. Kandia Crazy Horse traces rock and roll to black music, of course. But then takes a step further into blues, into soul, into gospel. The book leans on black rock musicians like Lenny Kravitz, Venetta Fields, and Slash, and it presents them matter-of-factly. Black people playing the music they were born into. I have more copies of this book of collected essays and columns than I do of any other book. Every page is bent, highlighted, or heavily annotated. Bangs did it best: making criticism a conversation and leaving the door open to his own flaws. Putting enough of himself into his criticism to make sure people knew he was touchable, flawed. A music fan above all else.