10 Essential Books of the American West

Alex Higley's Old Open is a brilliant, funny, and perceptive novel about a recent widower who, trying to adjust to his increasingly empty life, goes in search of an alien expert. Higley, whose novel is set against the backdrop of the American West, picks his 10 favorite books about the region.

I was born in California and raised in Colorado. Initially, where we lived in Colorado was called “Unincorporated Arapahoe County,” then the mailing address became “Aurora,” then, most awfully, “Centennial.” A very Western progression. I’ve lived in Chicago for the past 12 years (minus 10 months my wife and I spent in Arizona, during which I wrote Old Open) and it is home, but, it’s not where I’m from. 1. The Works of Love by Wright Morris

I’m not sure if it was the accretion of mentions of Wright Morris by Michael Silverblatt on Bookworm over the years that caused me to seek Morris’s work out, or if it was that I stumbled across his photography while deep in a Robert Adams image search. Probably one of those two scenarios, or both, is the truth. When I finally did read Morris, The Works of Love, the experience was haunted. His interests and humor and his eye, all felt modern and deeply familiar to me. It was one of those instances where I felt reading the book, “I know this writer.” Here’s the opening: “In the dry places, men begin to dream. Where the rivers run sand, there is something in man that begins to flow. West of the 98th Meridian–where it sometimes rains and it sometimes doesn’t–towns, like weeds, spring up when it rains, dry up when it stops.” 2. You Private Person by Richard Chiem 3. The Quick and the Dead by Joy Williams

On the wrinkled soft quarter-sheet of paper I used as a bookmark while rereading The Quick and the Dead some years back there are 17 words written down. Most of them are illegible. I can make out the following: “rusk,” “telluric,” “decedent,” “descanso,” “Fleetwood Brougham,” “ischemic.” Here’s a portion from the introduction of my favorite character: “Ray didn’t drink or do drugs but various ischemic incidents had given him an eager, erratic nature and a variety of facial contortions that allowed permanent employment to elude him. He hated selling shoes. He wanted to sell boots, but the manager disliked him.” This is my favorite Joy Williams novel, but who cares, read every word she writes. 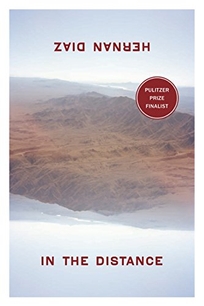 4. In the Distance by Hernan Diaz

There are plenty of novels that include questing through the American West of the 19th century. I’ve read my share. In the Distance is more whole, more crackling, alive, awake, and speaking than any of those others. The book is new, recently published, but also new in the better and more important sense. 5. The Meadow by James Galvin

My favorite book set in Colorado. A book I give as a gift. 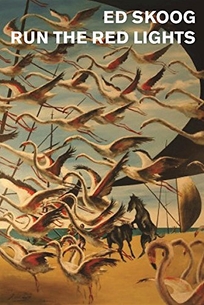 The most alive I felt as a reader in the year 2016 was walking through the rooms of our small home (I hate the word condo, and no one says condominium) reading Run the Red Lights aloud to my wife and dog. Topeka, Missoula, Abilene; all these places are here and known deeply in this book, but I’m being reductive. The titular poem is one of my favorite pieces of writing. This book captures the wild paranoia and hostility built into the modern American West. A clear-eyed view of the impact of systemic and personal racism, a book that understands how perceived claustrophobia and fear can make expansive landscapes something entirely more chopped up, mapped, and terrifying. Also, it’s a mystery with hydrology reports. 8. Why Did I Ever by Mary Robison

Among writers this is a well-known “underappreciated” novel. I will not attempt to summarize or articulate what is so brilliant and enlivening about this book. I will only say I would hand it to you, to keep, if I could. The novel’s narrator, Money Breton, is living a life that is symptomatic of Hollywood, of LA, even if she doesn’t live there. She is fatigued and full of a particular artistic contempt that no other part of the world could provide her. 9. Sing the Song by Meredith Alling

Nearly all of the excellent stories in this collection are place-less. Their focus is often too tight for the part of the country or world they are happening in to matter. Alling’s attention is on the small, strange, cruel, shake-your-head funny. But, for some reason this book feels enormously like California to me. Maybe because I am told in the back of the book that Alling lives in California. Or, maybe this is my memory of the book because of how varied and surprising the collection is, like that bastard state. Maybe because the story I have returned to most often, “Sample Sale,” seems possible only in Los Angeles. 10. Winter in the Blood by James Welch

This book has been appreciated plenty, but, because of how often I have mentioned it in conversation and been met with a blank look after saying “James Welch,” I felt it needed to be on this list. If you are a Denis Johnson fan and haven’t read this book, you’re welcome.