10 Dark Thrillers to Read in the Sunshine

The murder of a spin and yoga studio entrepreneur is revealed at the outset of Jessica Knoll's The Favorite Sister, a razor-sharp, darkly comic whodunit that explores the blurry line between a reality show and real life—and the duplicity of family ties and friendship. Knoll picks 10 of her favorite thrillers.

Someone once told me that fear is an emotion people like to experience when they feel safe. Nothing has ever resonated with me more. While I will always gravitate toward a book that makes me look over my shoulder, I especially relish that sensation when life seems impossibly cheery.

By this logic, we have gotten the concept of a beach read all wrong. Any book can be a beach read, of course, but the default has long been light-hearted, feel good fare, when, if you ask me, thrillers are especially up to task. If you’re going to venture into the bleakest recesses of human nature, best to do it with your toes in the sand and the ocean lapping the shoreline—takes the edge off ever so slightly.

In that spirit, here are my favorite dark books to read in the summer sunshine. 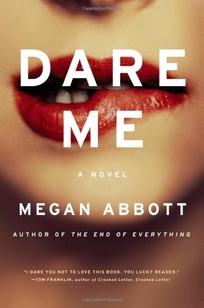 1. Dare Me by Megan Abbott

Never have a group of cheerleaders been more terrifying, and never have the mores of girlhood been rendered in such gorgeous lyricism. Addy Hanlon has always been Beth Cassidy's best friend and second in command, and together, they rule the school and the cheer squad—until the young new coach arrives. As alliances shift, blood is spilled, and the bonds of friendship are truly tested. 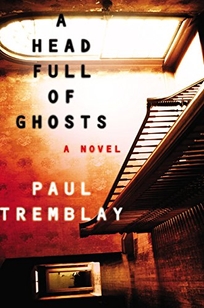 2. A Head Full of Ghosts by Paul Tremblay

When Stephen King says a book scared him, be prepared to sleep with the hallway lights on for the next few nights. The lives of a normal suburban New England family are torn apart when their fourteen-year-old Marjorie claims demonic possession. The central question—is something supernatural at play, or is Marjorie displaying signs of acute schizophrenia? Desperate for a solution, the family turns to a Catholic priest for help, and he is the one to contact a production company eager to document the impending exorcism. The Possession becomes a hit reality television show—but not before the family is undone by a shocking tragedy. 3. In the Woods by Tana French

At once eerie and emotionally wrenching, French’s debut picks up twenty years after the disappearance of two boys. Only one was ever found—Rob Ryan, now a detective on the Dublin Murder Squad. When a twelve-year-old girl is found murdered in the same woods, Ryan and his partner, Detective Cassie Maddox, find themselves investigating a case disturbingly similar to the previous unsolved mystery. 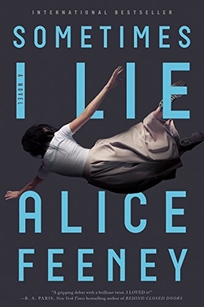 4. Sometimes I Lie by Alice Feeney

Sometimes I take mysteries on romantic trips with my husband and ignore him all weekend long! Amber wakes up in a hospital in a coma. She can’t move. She can’t speak. She can’t open her eyes. All she can do is listen to the voices around her and try to piece together what happened. Alternating between her paralyzed present, the week before her accident, and a series of childhood diaries from twenty years ago, this brilliant psychological thriller kept me guessing until the very last page. 5. You by Caroline Kepnes

Sexy, humorous, and shocking—Kepnes is a singular talent who managed to make me fall head over heels in love with a murderous stalker. When beautiful, self-absorbed Beck strides into the East Village bookstore where Joe Goldberg works, he is instantly infatuated. Slowly, seductively, infatuation turns to obsession, and then, to murder. 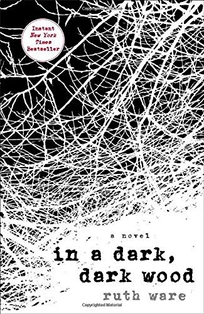 When Leonara Shaw is invited to a bachelorette party in the bucolic English countryside, she never thought the weekend would end in murder. Ware hooked me with her acerbic cast of characters, but it was the menacing, gothic undertones and shades of Agatha Christie that made me a lifelong fan. 7. What the Dead Know by Laura Lippman

In 1976, two sisters went missing from a Baltimore mall. Their bodies were never recovered, and the case went cold. Now, in the aftermath of an automobile accident, a woman claims she is the younger sister of the missing pair, though police cannot seem to find a shred of evidence to support her story. It takes a lot for me to say I never saw that twist coming—but I never saw that coming. 8. We Have Always Lived in the Castle by Shirley Jackson

Oh, this dreadful gem of a book, about a reclusive, homicidal family. Sisters Constance and Mary Katherine and their ailing uncle live alone, in a grand house on the hill. They rarely venture into town, not after the shocking death by poisoning of their family six years ago. When their cousin Charles appears at their doorstep, Mary Katherine resolves to make him go away by whatever means necessary. Jackson is the OG when it comes to creating a dawning sense of unease, and no thriller list would be complete without this classic, creepy tale. Flynn’s cool debut burrowed under my skin in 2008 and never quite left. Camille Preaker is a reporter with a disturbing assignment: to cover the murders of two preteen girls in her hometown, and to face her dangerously unbalanced mother after years of estrangement. I’ve come back to this book time and time again over the years and it never fails to make my blood run cold. That sardine-eating scene…. 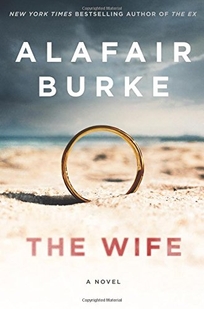 10. The Wife by Alafair Burke

Angela Powell is living a charmed life as the wife to a successful author in Manhattan, when a woman comes forward to make a serious accusation against the man she thought she knew and loved. No sooner has her husband insisted on his innocence—and has Angela chosen to believe him—when his accuser goes missing. Remember to reapply the sunscreen as you’re reading this one—the hours just seem to evaporate into thin air.