On Dogs in Literature

Claudia Dey's new novel Heartbreaker brings readers into the unique world of “the territory,” a secluded town in the upper reaches of North America founded by a charismatic cult leader. The 391 residents live in an infinitely extended 1985, listening to Billy Joel and watching Dallas reruns in complete seclusion from the outside world. One of the many imaginative moments is its shift to the perspective of a dog. Dey discusses fiction's ability to fill any perspective, and picks some of her favorite dogs in literature.

The second part of my forthcoming novel, Heartbreaker, is narrated by a killer dog with a dancer’s posture. She goes by the name, “Gena Rowlands.” She is the heroine’s guard and confessional––erudite, a long lens––and yet, a wolf-sized predator who carefully arranges the bones of her catches beneath her beloved owner’s pillow. When I try to track the origins of this idea––the dog narrator––I think back to reading Anna Karenina with a four-month-old baby asleep––heavy, warm, his eyelids shifting with dreams––on my chest. I was inside a vast peasant scene, paragraphs-long descriptions of men working the land, when I was suddenly inside a dog’s point of view. It came as a shock. I felt surprised, unsettled, moved. It marked me as a writer.

Here are some of my favorite instances of dogs in literature: 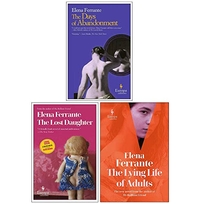 The Days of Abandonment by Elena Ferrante

The narrator loses her long-time husband “one April afternoon, right after lunch” to the love of a younger woman. His announcement comes with the brutal, casual sting of a slap. The narrator must reconfigure her life and her interiors. She does this with the rage and odd remove of a woman watching her own body be consumed by fire. The reader cannot help but be addicted to the dark rush of Ferrante’s brain, the velocity of her sentences. The narrator’s small children pin her to reality, and yet what is so disturbing about this slender book, is that we, the readers, must take on the concern for them. The “abandonment” in the title is not only the husband’s but the mother’s instinct to keep her children safe. Add to this volatility: Otto, the dog––panting, straining, barking, whining, baring his fangs––another unruly, needy being the narrator must care for. By straining against his collar, he also strains against the mother’s violent wish for the love she has lost. 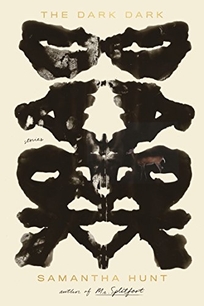 The Dark Dark by Samantha Hunt

In the deeply funny and quietly genius short story, "The Yellow," a dog, Curtains, is accidentally hit by the speeding car of lonely, aimless Roy­­. Roy is forty-two. He lives with his ashamed parents. In a fit of self-improvement, Roy has just painted his bedroom yellow and found himself also “turned,” “fermented into something wonderful, something porous and bright yellow.” Then, he crushes Curtains. With the dog, soft and limp, “truly dead” in his arms, Roy knocks on the nearest door. He finds Suzanne vacuuming––“her exhausted life”––her house empty as her husband sensed “a certain ticking,” and evacuated the children, “leaving her alone to explode.” With very few words exchanged––some grief, some arrangements––Suzanne and Roy locate each other’s bodies. They visit “the brightness” that lies just outside of their contained, oppressively un-strange lives––and Curtains, as if such a state is contagious, “turns” in his way, and beautifully, terrifyingly comes back from the dead. King writes so that when we exit his books we can see only the menace that lurks inside all things––a hotel off-season, for instance. Or all of Maine. Those pinhole moments of bad luck when an entire life is changed. In Cujo, a mother (cheating, isolated) brings her son, Tad, (a name to emphasize his smallness, his vulnerability), to a remote garage to fix their dying Pinto. Instead, they are terrorized by a rabid Saint Bernard (bitten by a sick bat––nice touch, Mr. King.) A 1981 classic, and all these years later, our dreams are still stalked by the animal’s jaw, gaping wide and sharp as a bear trap. When King writes about the murderous dog, he also writes about his own creation: “The monster never dies.” "The Lady with the Dog" by Anton Chekhov

The dog in this short story, as dogs do, allows the philandering Gurov to approach the mysterious new arrival to Yalta, a “fair-haired young woman of medium height, wearing a beret.” Met by growls, Gurov offers the dog a bone. An affair begins––that “sweet trance, that madness.” Only once the young woman, Anna, leaves “the heat, the smell of the sea” and Gurov returns to winter in Moscow does he understand he has been left to a life that is “clipped and wingless.” He is possessed by dreams of Anna. She “peered out at him from the bookcase, from the fireplace, from the corner––he heard her breathing.” Gurov tracks Anna to her home. The affair resumes, and the lovers feel as “though they were a pair of migratory birds, male and female, caught and forced to live in different cages.” The dog is mentioned only once after the lovers’ introduction, and yet when they decide that it is as if “Fate itself had meant them for one another,” we can only picture the dog, a white Pomeranian, as its harbinger. So Long, See You Tomorrow by William Maxwell

This spare, generous-hearted masterwork begins with the image of a gravel pit, “the size of a small lake, and so deep the boys under sixteen were forbidden by their parents to swim there.” The way the gravel pit holds water––black and bottomless, its straight promise of danger––is how this novella holds its sorrow and love. When, in the last fifteen pages, the narration is turned over to the farm dog, left roped to a tree, her “agate-colored eyes” and “her long, pointed, sensitive nose,” she voices the despair and longing of all those who populate these pages. The section is nearly unbearable to read. Maxwell writes, “And it wasn’t just the dog howling, it was all the dogs she was descended from, clear back to some wolf or other.” 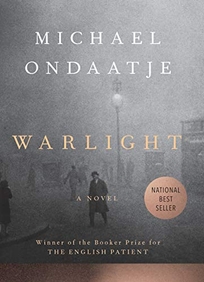 One of the most arresting scenes in this tender, elegiac, and beautiful book is when the young lovers, Nathaniel and Agnes, wake up in an empty house, in each other’s arms, surrounded by the lean bodies of greyhounds––smuggled across the “moonless night river,” the Thames, to race. Much of the novel is about the secrets we guard. The “arrow-like faces” of the animals offer an opposite presence. Nathaniel recalls their direct way of looking and being: “When I woke, a dog’s thin sleeping face was beside me, breathing calmly into mine, busy with its dreams. It heard the change in my waking breath and opened its eyes. Then shifted position and placed its paw on my forehead gently, either as a gesture of careful compassion or superiority. It felt like wisdom.”

An endnote: Because he writes dogs in their watchfulness so brilliantly, I asked Michael Ondaatje for his list of the most awesome dogs in literature. Here it is: the talking dog in Shakespeare’s Dog by Leon Rooke; the corpse of the dog thrown out the window in The Leopard; Virginia Woolf’s Flush: A Biography; Beautiful Joe; and lastly, “a terrific Sri Lanka novella called Bringing Tony Home: A Story in Three Movements by Tissa Abeysekara.” Ondaatje adds: “Tony is the dog.”